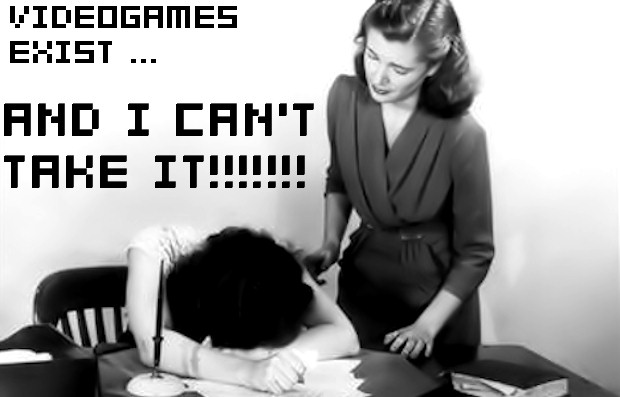 It’s been a while since some gang of whiny pussies moaned about the Nintendo Wii daring to have a bit of variety on its system with Sega’s M-rated MadWorld, but luckily The National Institute on Media and the Family is here to redress the balance and present an utterly pathetic little bitch fest about the brutal brawler.

Crying over the fact that the “once family-friendly” Wii has “opened its doors to the violent videogame genre,” Dr. David Walsh arrogantly attacks Nintendo as if it was somehow the God-given right of families to have sole playing rights on the console.

The release of MadWorld for the Wii brings violent videogames to a once family-friendly platform. In MadWorld, gamers use the Wii Remote to make the necessary physical actions to chainsaw an opponent in half, impale an enemy with a signpost or decapitate a victim with a golf club. MadWorld is another reminder that parents need to make sure they watch what their kids watch and play what their kids play.
In the past, the Wii has successfully sold itself as being the gaming console for the entire family and a way to bring family-game nights back into people’s living rooms. Unfortunately, Nintendo opened its doors to the violent videogame genre. The National Institute on Media and the Family hopes that Nintendo does not lose sight of its initial audience and continues to offer quality, family-friendly games.

First of all, let me say this — who the f*ck do you think you are, David Walsh? Where do you get off talking like YOU own the Wii, and that it has only ever existed for people like YOU and your precious “families” to enjoy? Who on God’s green Earth are you to tell Nintendo who it can and can’t market to, and who are you to act as if the existence of violent videogames on the Wii should affect your personal enjoyment of puerile crap like Carnival Games?
I’ve read some utter trash from media watchdogs and anti-videogame lobbyists, but little has made my blood boil as much as the arrogant, self-absorbed tripe that NIMF has decided to share with the world. The selfishness of David Walsh’s words are disgusting, and also betrays a laziness as he whines that parents have to — Heaven forbid — look after their children even when a Wii is involved. Oh boo hoo, you can’t use the Wii as a surrogate mother anymore because violent games exist. Pathetic. Absolutely, despicably, pathetic.
Violent games exist, even on the Wii. They have done before MadWorld, and will do after MadWorld. They shouldn’t affect you at all. You’ll still have your precious casual games. Get over it and learn to cope with reality, you stupid dickheads.