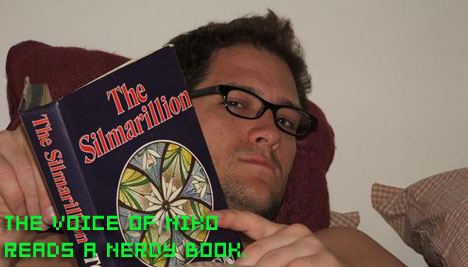 You know what they say about comedy — it’s funny because it’s true. Maybe such is the case with Jason Zumwalt, the voice actor behind Grand Theft Auto IV‘s Roman Bellic, who put together a short sketch where we whined that he wasn’t making a cent off of the game’s popularity. He later told us that Rockstar was “more than generous,” but maybe he was just being nice.

In an interview with the New York Times, Michael Hollick — the voice behind GTA IV‘s main character, Niko Bellic — voices some concern over his compensation. According to the New York Times, Hollick was “paid only about $100,000 over roughly 15 months” for his voice acting and motion-capture work. For many, this sum would seem more than reasonable, and Hollick is thankful to Rockstar for the opportunity. But as successful as the game is, the actor is a bit disappointed that he’ll be receiving zero royalties or residuals off of the work.

“I don’t blame Rockstar. I blame our union for not having the agreements in place to protect the creative people who drive the sales of these games,” he says. “Yes, the technology is important, but it’s the human performances within them that people really connect to, and I hope actors will get more respect for the work they do within those technologies.”

So what do you guys think? Hollywood actors are paid handsomely upfront for their work, and in many cases continue to receive checks for years after their work is complete. It’s not unlikely that Jennifer Aniston receives a check for $3.48 every time an episode of Friends runs in syndication. Should the talent behind the videogame industry be afforded the same benefits?