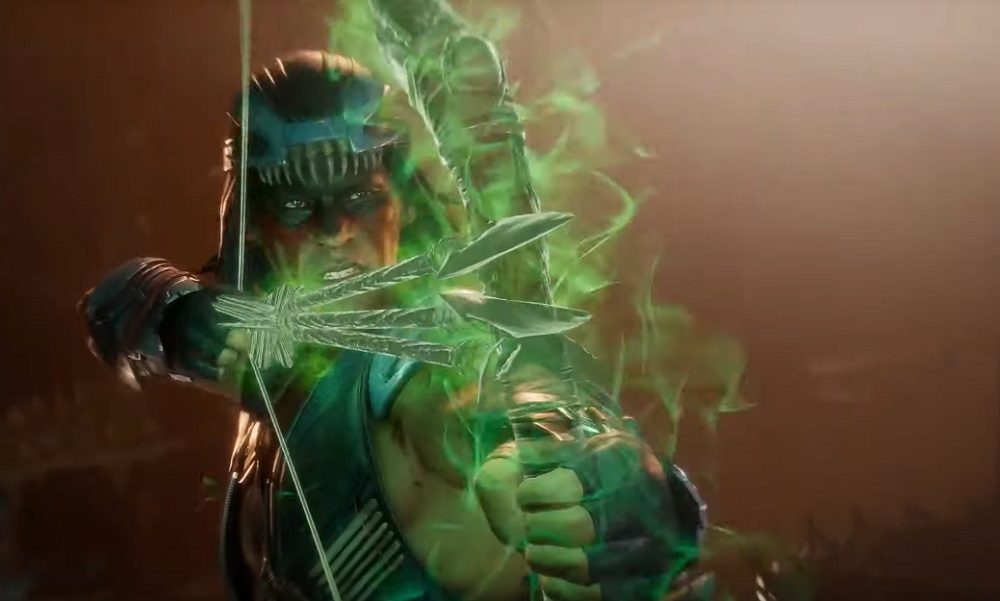 NetherRealm Studios has released the trailer for the next DLC character headed to their gory fighting game Mortal Kombat 11. Nightwolf, the second character from MK 11‘s DLC queue returns to the fight for the first time since 2011’s Mortal Kombat.

As you can see in the trailer below, Grey Cloud has brought his classic arsenal of spiritual weaponry with him, from his ethereal bow-and-arrow to his lightning conductor tomahawk. We also note the return of his mighty shoulder charge, as well as his projectile reflecting aura. New to the fight, Nightwolf appears to be able to call upon spiritual animals to help him out in battle, not unlike ’80s cyber-lawman Bravestarr. So… there’s a reference for today.

Although Nightwolf seems perhaps a little smaller in physical stature than his previous appearances, he definitely appears more ferocious and ruthless in his fighting ability. Spending many years as an unwilling undead monster slave will do that to you.

Previously, Nightwolf sacrificed himself in order to take out the rampaging Sindel back in Mortal Kombat, and with the Edenian Queen also returning down the line, we are gearing up for some serious unfinished business between the pair. Nightwolf will arrive for Season Pass owners on August 13, before being made available to purchase by all shortly thereafter.