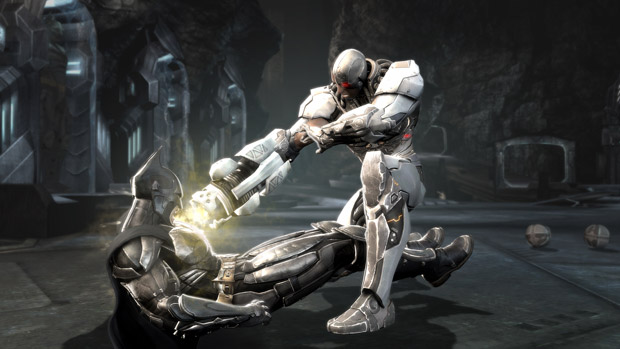 This week at San Diego Comic-Con, Warner Bros. Interactive Entertainment and DC Entertainment announced the inclusion of Cyborg and Nightwing in NetherRealm Studio’s Injustice: Gods Among Us. Below are the latest screens of these two beating up the game’s previously revealed cast.

Injustice has piqued my interest, but it’s the characters themselves that will ultimately decide if and when I drop a full $60 on this title. As someone who isn’t that into fighting games, it’s an admittedly tough sell.

If you happen to be at SDCC, swing by DC Entertainment’s booth (#1915) to play Injustice.