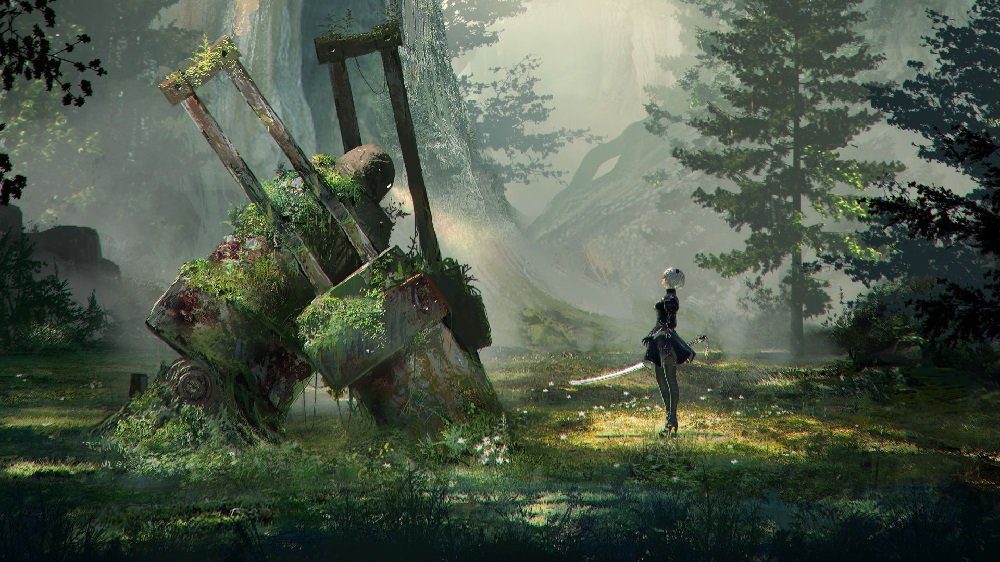 2B and her friends to receive a long-awaited upgrade

Square Enix has announced that the frustratingly clunky PC port of its beloved RPG NieR: Automata will finally receive some much-needed attention, courtesy of a new patch that is currently in the works. Do you believe in miracles? And by “miracles,” I mean, “complaints being addressed years down the line.”

Released in March 2017 alongside its PS4 brethren, the Steam edition of NieR: Automata left fans bitterly disappointed. Low-resolution textures, unstable frame rate, choppy cinematics, and stuttering gameplay among the laundry list of problems encountered by players. Ultimately, it was left to the community to fix these issues themselves, bringing the PC port to a somewhat improved state with the aid of unofficial mods.

Still, there has been consistent anger vented toward Square Enix and PlatinumGames over the ensuing years, with PC players feeling that they had been simply abandoned now that the cash was in the register. But now, some four years after NieR: Automata‘s release, it seems that the PC port will finally receive some official love and attention. Although Square Enix is yet to offer either a specific release date or official patch notes, one can assume that help is finally on the way, and will afford PC players the same opportunity to enjoy NieR Automata‘s somber and evocative story as console owners have for many years.

We will, of course, let you know when more detailed information about the update is forthcoming.

An upgrade patch for the Steam version of #NieR:Automata is currently in development.

We’ll have more information to share with you at a later date. pic.twitter.com/gUPCLSwgyH