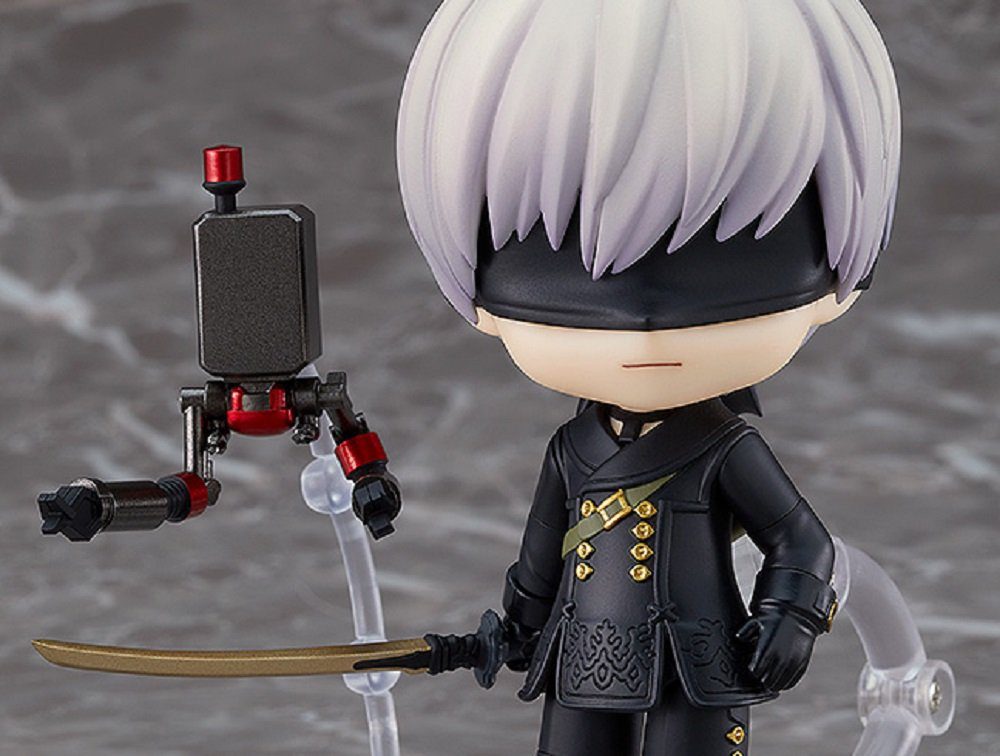 Cutesy 2B toy has a pal on the way

PlatinumGames’ NieR: Automata continues on its relentless quest to become one of the most merchandised titles in gaming history. The latest addition to the dystopian sci-fi series premium range of toys, figures, and models is this sweet replication (no pun intended) of android boy 9S, stylized in Nendoroid form.

The prototype Nendo was revealed by manufacturer Good Smile Company as part of the week’s “WonHobby 32” showcase, which is debuting a range of toys and merchandise related to various Japanese properties. Nendoroid 9S is depicted in super-serious form, equipped with his trusty katana and accompanied by robo-pal Bot 153. In true Nendo fashion, we can expect the final model to feature several accessories and possibly an alternate faceplate.

As this is merely the first painted prototype, 9S is still some way out from release, and is not yet available for pre-order from Good Smile Co. But we’ll be sure to let you know when he hits the market. In the meantime, 2B owners might want to clear out a little space beside her… Now, if we can just get A2…