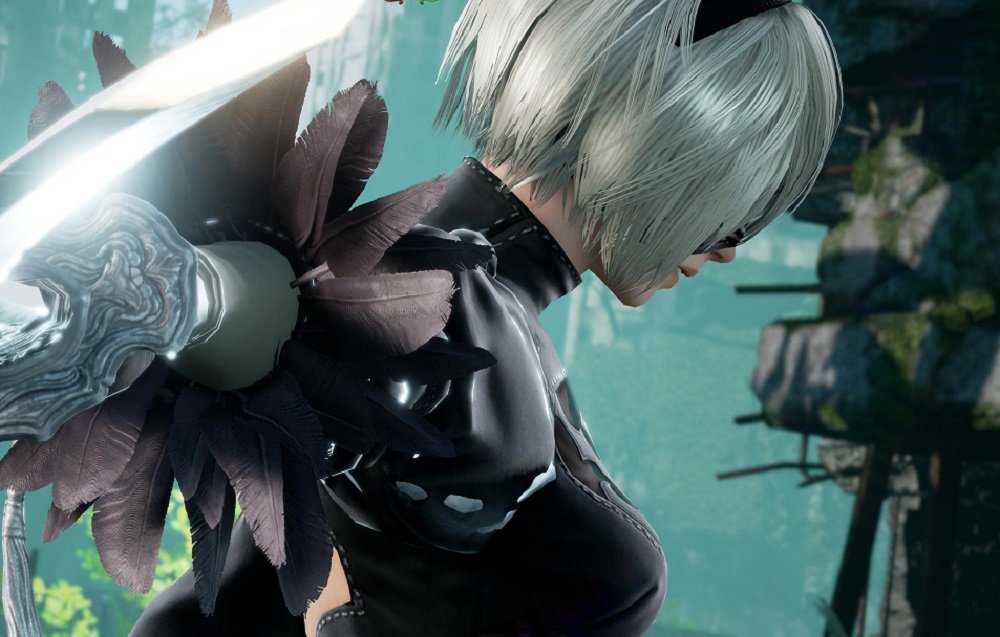 Classy robo-lassy arrives on The Stage of History

Before the launch of Namco Bandai’s Soulcalibur VI, fans were fervently discussing which gaming characters could make an appearance as guest stars in the new fighter. One name came up time and time again, that of 2B, android protagonist of hack ‘n’ slash RPG NieR: Automata.

Well that theory has now become reality, and the demure-but-deadly battle bot is now available to purchase in-game. 2B brings a host of recognisable moves and attacks from NieR: Automata, from long-range sword attacks to lightning-fast hand-to-hand combat. Even her Pod pal is around to help out and, should things get dire, 2B can even self-destruct, dropping her health to just a sliver while potentially causing huge damage to her opponent.

2B, in design and fighting style, looks to be a great fit for Soulcalibur, we’ll see how well she fits in with Maxi, Mitsurugi, Ivy et al in the coming few weeks. Soulcalibur VI is available now on PS4, PC and Xbox One.