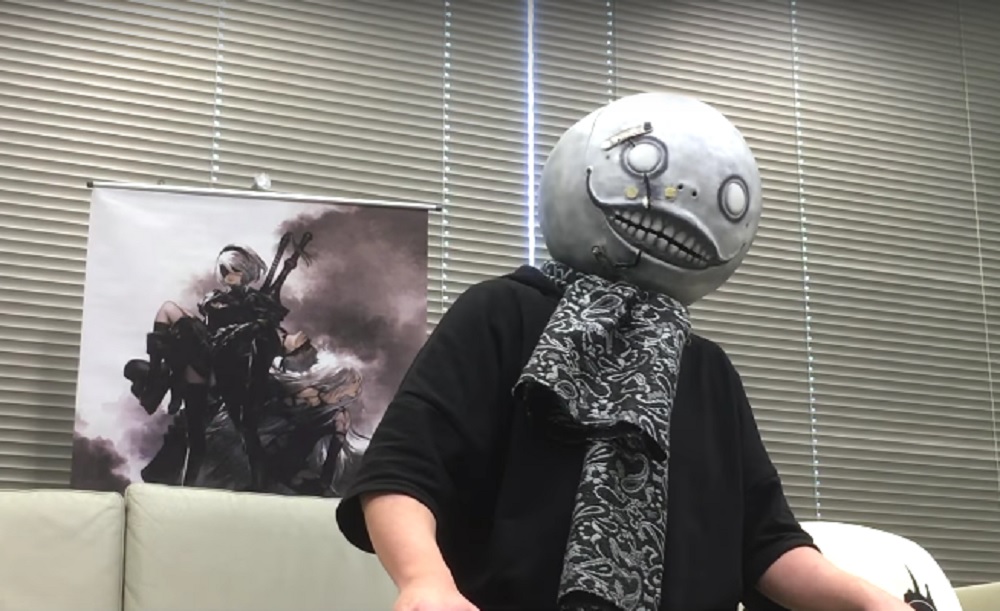 Donning an Emil mask — unless it’s his actual head — Taro thanks the fans for the support of the game, which was big hit on PS4, and later PC, in 2017. The opportunity is also taken to announce some upcoming “fan events”, that are being planned in territories Worldwide (though only America and Europe are mentioned in the video) with dates and details to follow. Exciting!

In related news, NieR Automata is 50% off this weekend on Steam and on the U.S. PSN store (as of this writing, the Euro PSN store is unfortunately not carrying the same discount.) So if you missed the opportunity to guide 2B and pals through their chaotic, emotional story, now’s your chance.