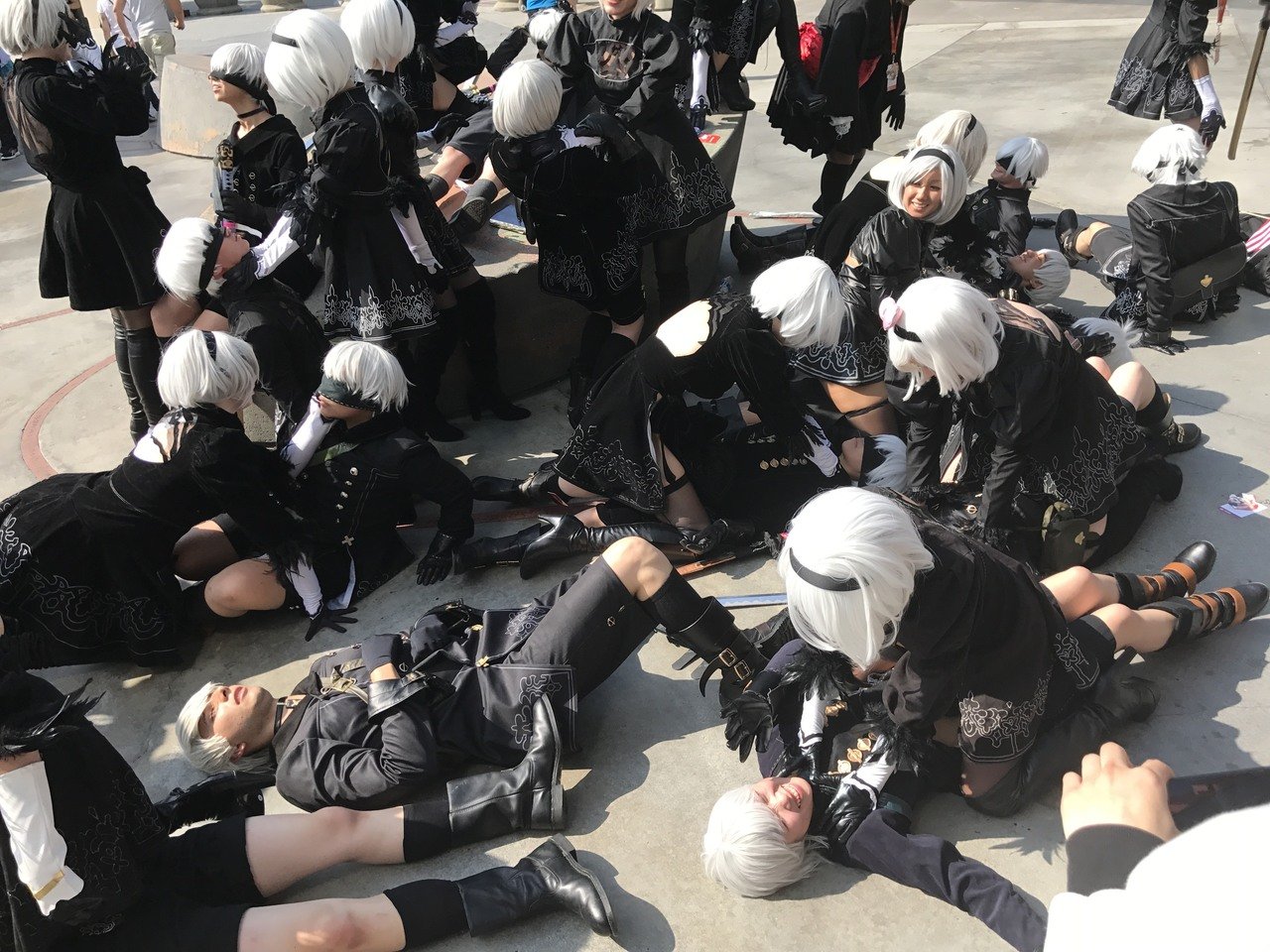 NieR: Automata is a strange and amazing game, and if you haven’t played it yet, make a note in whatever note-taking software you use to eventually pick it up at a price you’re comfortable with. If you have any love at all for weird projects that really show what games can do as a medium you’ll enjoy it.

And enjoy it people did, as Famitsu checked back in with the NieR: Automata team (Illustrator Akihiko Yoshida, designer Takahisa Taura, producer Yosuke Saito, and famed director Yoko Taro) to see how things have been going since its launch last February, and they’re still very happy with how everything turned out.

As a reminder they explained that they would have been fine just selling through one million units, but ended up being completely taken aback by two million. They also noted that they felt like they had the freedom to make the project they wanted to make, and even got to add in one kooky bugged-out mechanic into the game — pressing the R3 button while holding the d-pad arrows — which break the camera but felt that it was “NieR enough” to keep.

There’s also one better kept secret — something the team deems “unpleasant” — that no one has discovered yet. They call it “the final secret of NieR: Automata, and that they aren’t going to explain what it is because “problems may occur.” Until folks find that hidden bit, director Yoko Taro did confirm that a new game is being proposed, and that since 2020 is the 10th anniversary of NieR, they wanted to announce “something big,” possibly a new project.

A year later Automata continues to impress, and now I just want to play through it again.