To 9S or not to 9S, that is the question

NieR: Automata should’ve gotten far more end-of-year recognition than it did. But, it released in the same 12-month window as Zelda and Mario masterpieces, and that’s that. All-time classics sometimes get overshadowed and bumped aside by other all-time classics. It’s a video game eat video game world out there.

I delayed playing NieR: Automata until its Xbox One release earlier this week. To all my friends who were dumb like me and couldn’t find time for it last year, I have this to say: Find time right now to play NieR: Automata. It fucking rules.

My three nights spent playing it have put me in something of an awkward position. I’m a bit more than 15 hours in, and that’s a lot considering I’m a busy bloggerman who has obligations like hanging out with cats and complaining about how hot it is. Averaging five hours a night means I certainly think this game is an unconditional banger.

But, while no one has spoiled NieR: Automata for me, everyone has told me I certainly don’t “get” it yet. I won’t get it for a while. I need to beat the game like three times to get it. (Eating a fatal mackerel apparently doesn’t count as “beating” NieR: Automata, even though the credits rolled.) I wanna talk about NieR: Automata now, though. The best games are the ones you think about when you’re not playing them, and the ones you want to talk about whenever you get the chance. NieR: Automata qualifies on both counts.

So, how do I talk about it now when I know I lack the expertise to discuss what the game does really well? [Conclude article here, achieve Ending R.] Or, we could run through some bullet points from my educated-but-not-as-educated-as-I-could-be viewpoint. 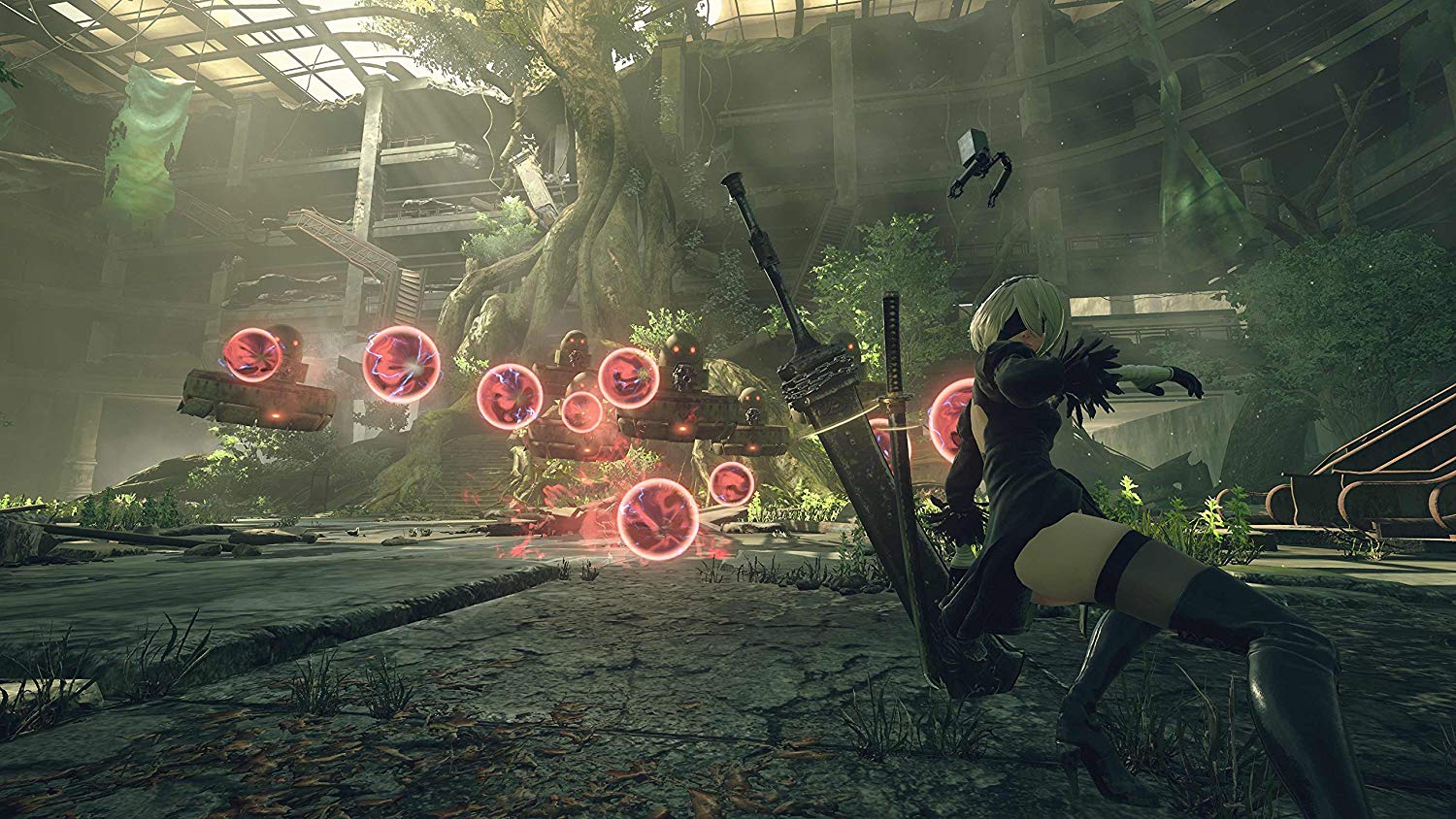 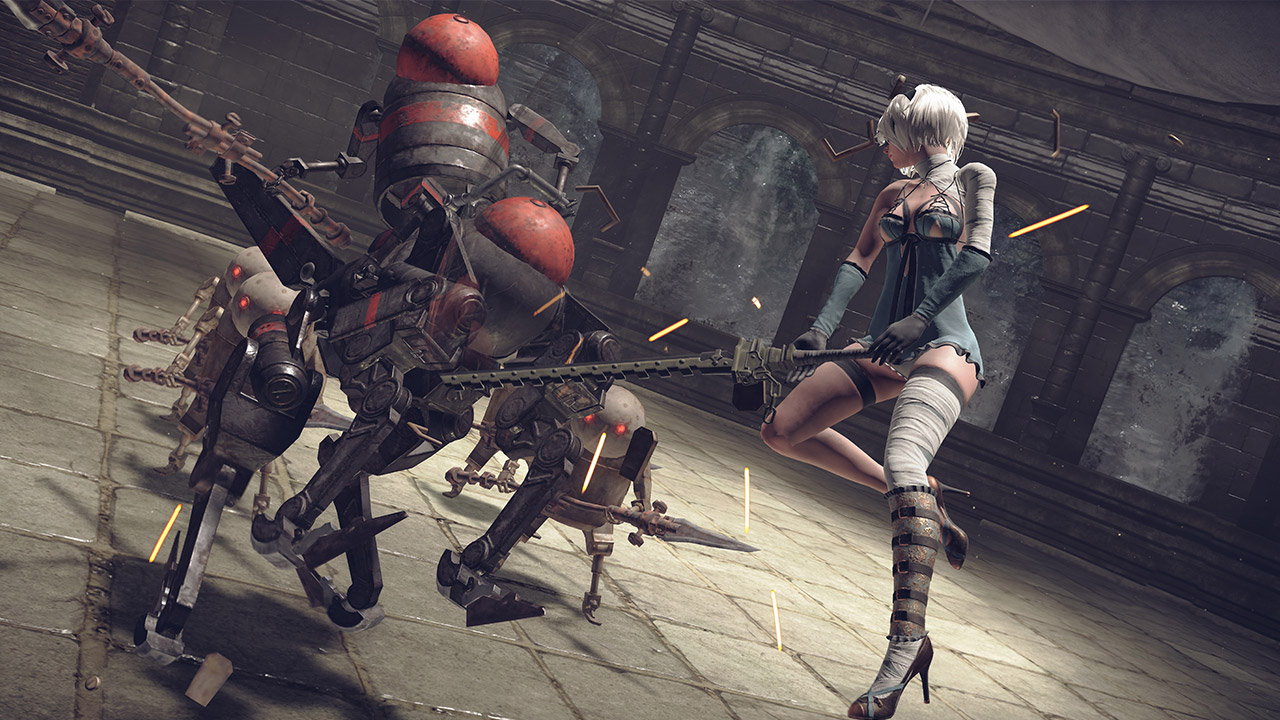