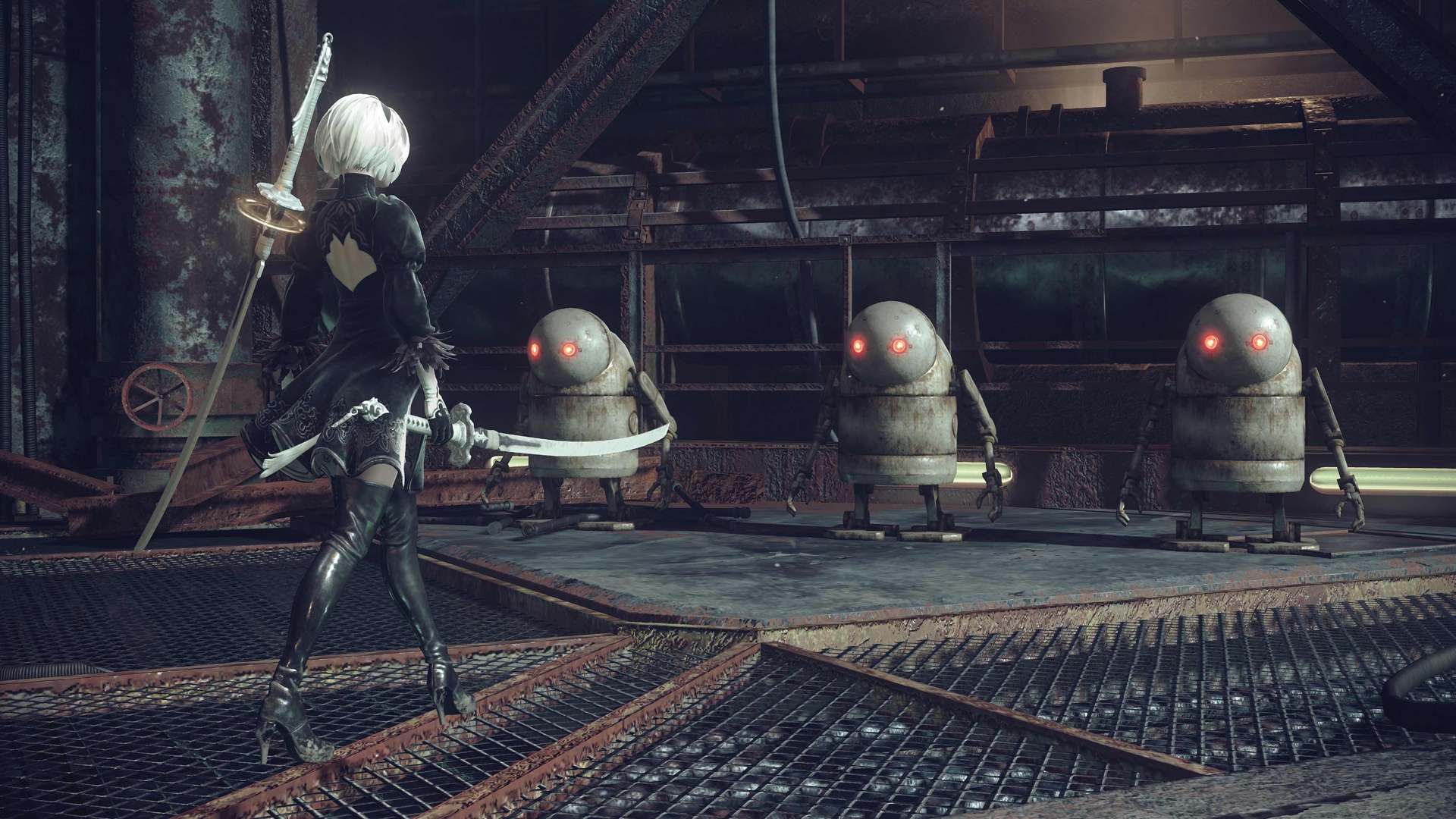 Can we get the first NieR on Xbox One, too?

In an interview with Game Rant, the producer of NieR: Automata, Yosuke Saito, discussed how the upcoming title by Platinum Games would support Sony’s new PlayStation 4 Pro console, as well as the possibility of an Xbox One port.

According to Saito, NieR: Automata will run at 60 frames per second on Sony’s more powerful machine, as well as support “4K quality graphics.”

I should stress that the term “4K quality graphics” may not actually be an explicit confirmation that NieR: Automata runs at a full 4K resolution, despite it very much sounding that way. Considering the compromises that The Last of Us and The Witness made in order to achieve a full 4K resolution, with both games dropping their framerates down to 30 FPS instead of the usual 60 when the player selects that option, I really wouldn’t be surprised if NieR: Automata ends up utilising a form of upscaling on the PS4 Pro in order to achieve its 4K/60FPS target.

Of course, I would love for Platinum Games to prove me wrong on this account.

Yosuke Saito also didn’t mention how the PS4 Pro version of NieR: Automata would handle 1080p screens. I’m just hoping that performance is on par with or better than the base console version.

On the topic of a potential Xbox One port, Saito confirmed that Platinum Games is putting some consideration into releasing a version of the game for Microsoft’s console, although that’ll come at a much later date and only if it’s reasonably successful on PS4 and PC.

While it does suck that Xbox One owners are essentially being left in a sort of limbo with regards to the possibility of a NieR: Automata port on their console of choice, it’s certainly nice to know that the door is open for a possible release on that platform sometime in the future.

Now if only Microsoft and Square Enix could get around to releasing a backwards compatible version of the original NieR on Xbox One so I don’t have to dust off my old PS3 to replay it.

NieR: Automata May Come to Xbox One, Will be Optimized for PS4 Pro [Game Rant]