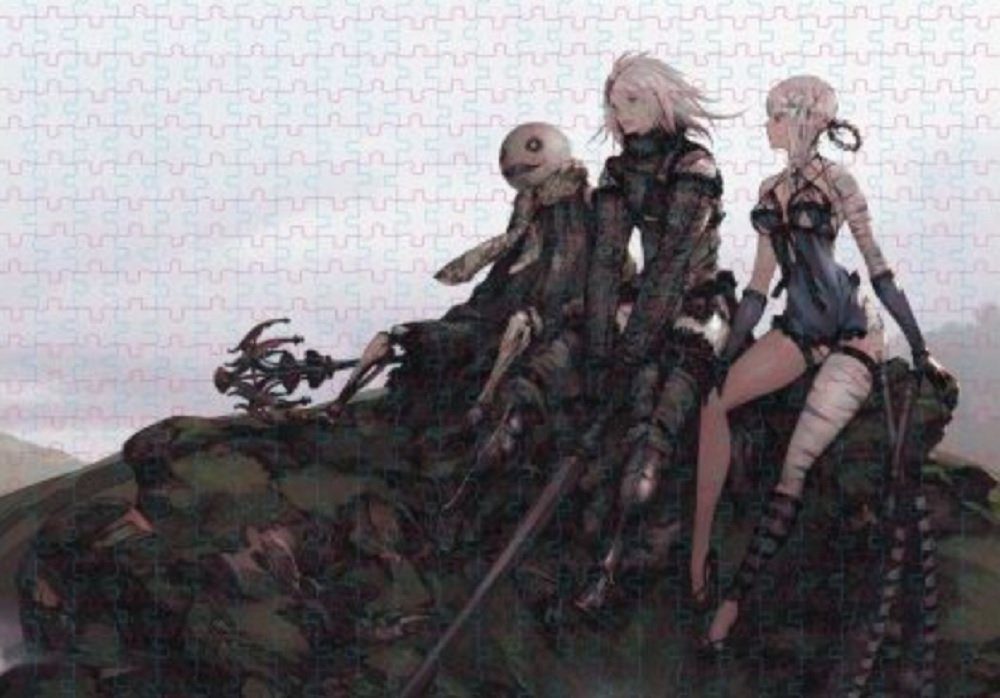 But who can put the pieces of SOCIETY back together?

Square Enix continues to keep the world updated as to the ongoing sales of its post-apocalyptic adventure NieR: Automata. As of February 2021, exactly four years since the title’s initial launch, the tale of 2B and her android brethren has seen an impressive 5.5 million shipments and global sales.

NieR: Automata has certainly helped bring the dystopian franchise to the masses, increasing interest in forthcoming titles such as NieR: Replicant and mobile title NieR: Reincarnation, both of which are primed to hit the market later in 2021. And speaking of NieR: Replicant, the official Square Enix store has taken stock of some new merch for the upcoming remaster – including wallets, purses, plushies and, most importantly, 1000-piece jigsaw puzzles.

There are two jigsaw designs available, one featuring an illustration of protagonists Nier, Emil, and Kaine, while the second features the same characters looking particularly stoic. I really hope you’re good at telling shades of grey apart, because both puzzles are nothing if not monochromatic. Retailing for around $39, you can check out/pre-order both jigsaws over at the Square Enix Store, ahead of their May release.

Our own Brett Makedonski was originally hired specifically to cover nothing but jigsaw-based news. With him ascended, this duty hangs heavy on my shoulders. I hope he is proud.

NieR: Replicant launches on PS4, PC, and Xbox One April 23.