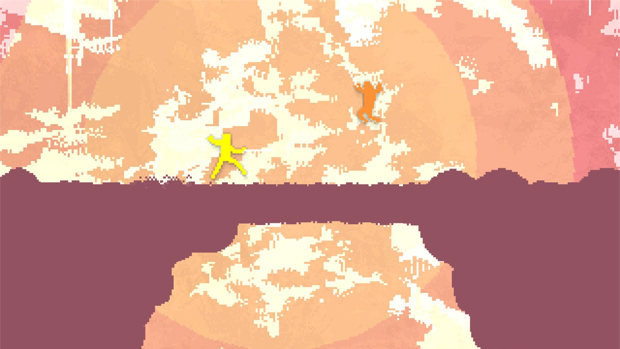 “The game has always been best played with gamepads,” Messhof co-founder Kristy Norindr said of the one-on-one sword-fighter in a post over at the PlayStation Blog. “So we’re pumped to be working with Sony on our newest release of Nidhogg.”

Norindr explains that “sharing a TV and controllers is way more comfortable than crowding around someone’s desk,” so bringing the title to console makes perfect sense.

In addition to a single-player training mode, local and online multiplayer, the PS4 version sports an exclusive feature: the DualShock 4 light bar with glow the same color as your character. Okay, so that’s not exactly the most exciting thing in the world. Still, Norindr says the upcoming port is going to be totally “dope.”

No word on a specific release window at this time.