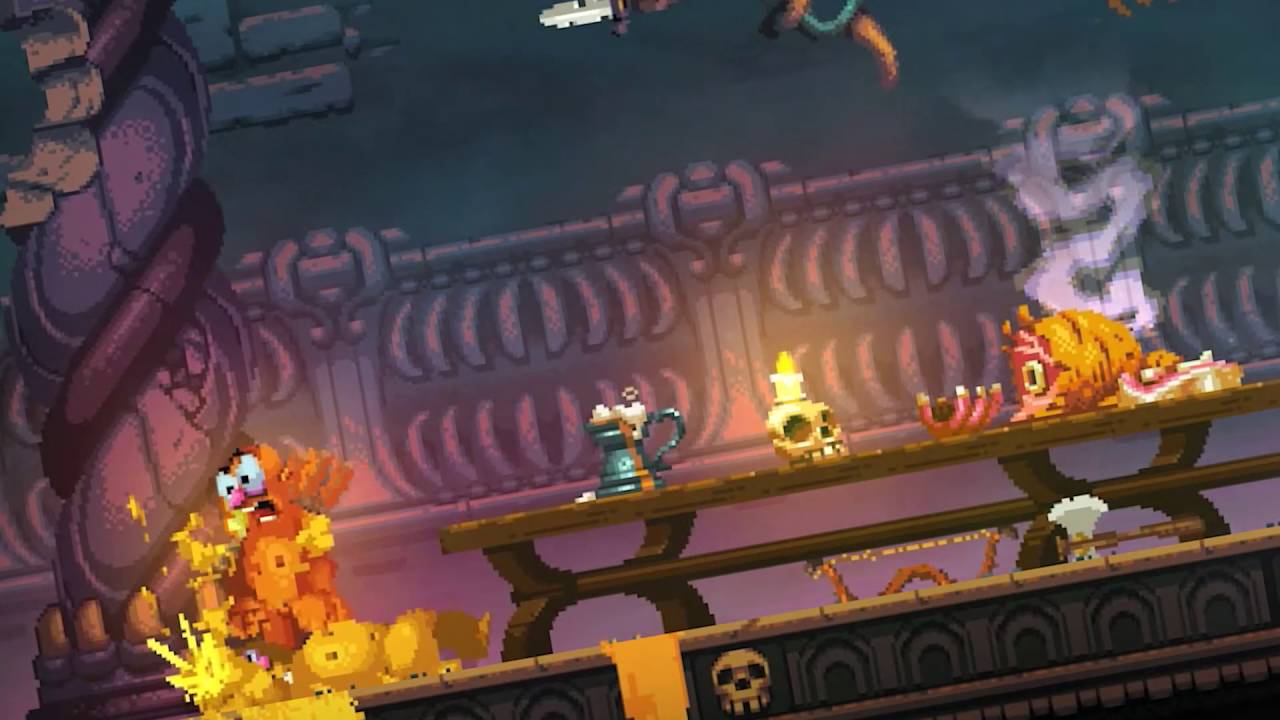 Nidhogg was a ridiculously awesome little indie brawler. Along with being hyper violent, it also had tight controls and a well-executed concept that remained fun for hours despite a small map count. My friend and I wasted a good few nights trying to best each other.

Anyone looking for more sword dueling won’t need to wait much longer. In a surprise update to the official website, Nidhogg II was unveiled to the world. While there aren’t many concrete details, some of the screenshots and the small teaser video show off some new mechanics and the totally overhauled aesthetic.

I can’t say I’m big on the dramatic graphical change, but it does seem to run smooth. I just don’t know about making the characters look like Muppets. All I can imagine is a naked Bert and Ernie having a martial dispute. Bert always hated that rubber ducky…

No platforms were mentioned, but since the first Nidhogg eventually came to PS4 and PS Vita, I’m going to guess those two along with PC will be on the cards. The release date was also given a vague 2017, but the game looks pretty damn polished already. I’m going to guess Q1 2017, at the earliest.