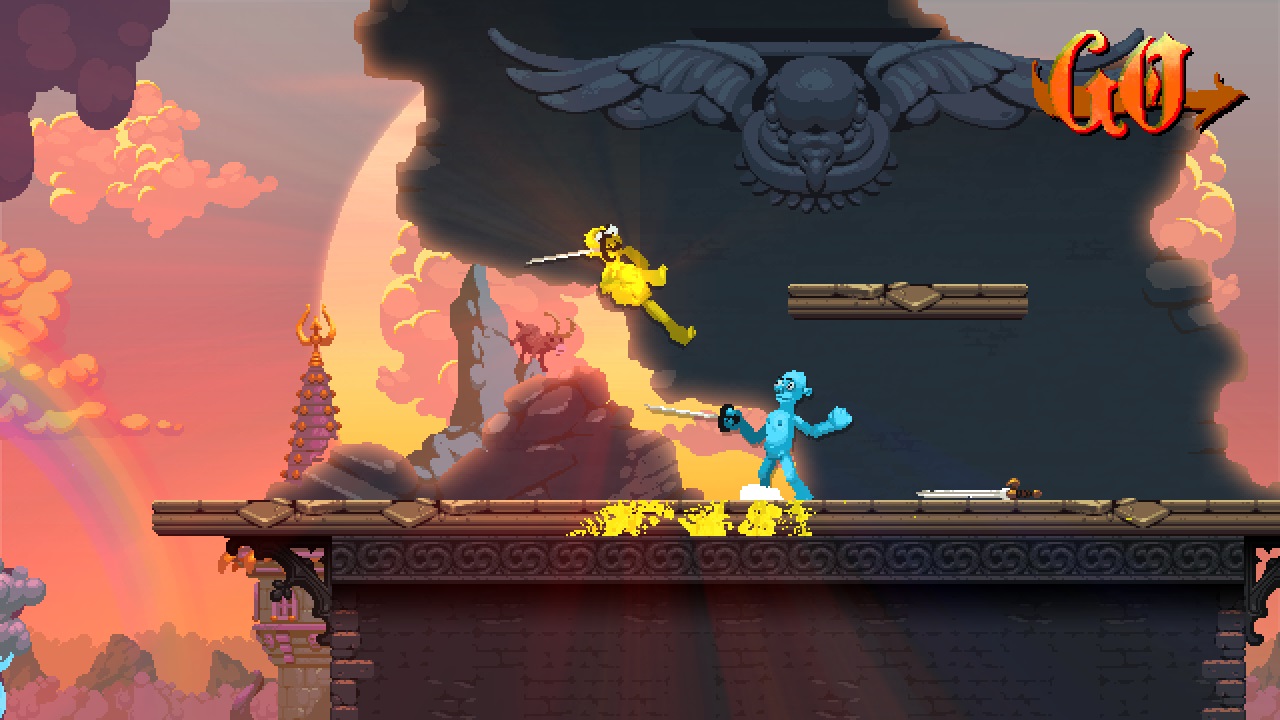 Rapier throws on the go

Nidhogg creator Mark Essen announced today that Nidhogg 2 would be making its way to the Switch later in 2018.

Somehow this one didn’t make its way into the Nindies showcase earlier today, but it’s a pleasant surprise all the same.

I didn’t spend a lot of time with Nidhogg 2 after the game’s initial release, so I’ll gladly double dip for a chance to play it a bit more on the go. The Switch’s indie library continues to expand even if it is a little late to the party on some of these titles.