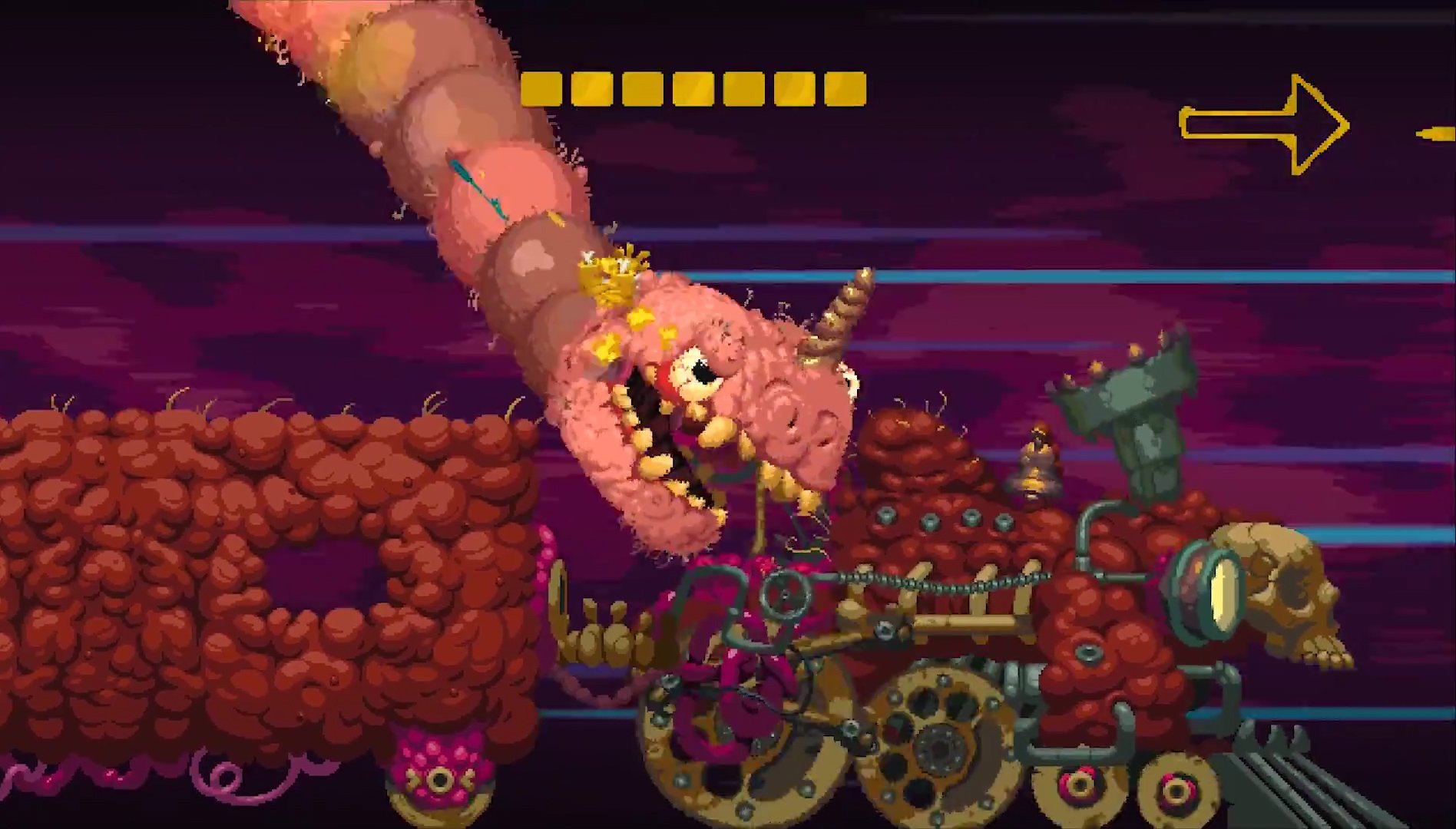 Nintendo Switch is up next

Sometimes, you just want to go head to head with a friend in a gnarly duel to see who can run to a giant worm beast and get eaten first. For times like those, there’s Nidhogg 2. Messhof’s ridiculous arrow-slinging, sword-clashing action game has come to Xbox One today with two exclusive new levels.

One of the dueling stages looks like a literal midnight meat treat. It’s gross!

Some have found the sequel’s art direction to be offputting, and while I kind of agree, I don’t mean that as a criticism. It’s all a bit fleshy and oozy but I like it. Hey, why are you slowly backing away?

With today’s release, Nidhogg 2 is now on PC, PlayStation 4, and Xbox One. “It’s also coming to Nintendo Switch, so stay tuned for more details coming whenever the wurm deems you worthy.”