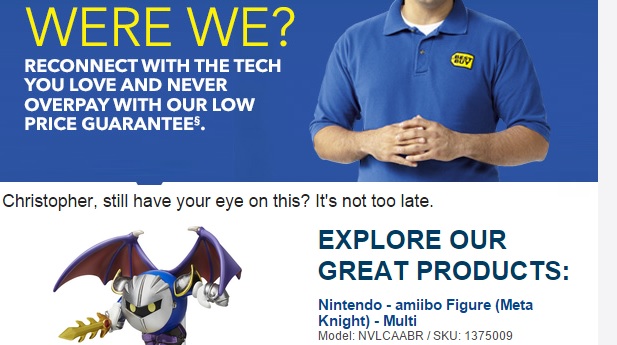 And Nintendo of America

I got this email earlier today. But it is too late, Best Buy. It’s always too late for retailer exclusive amiibo.

Earlier today Nintendo also tweeted out a link to the Gold Mario Walmart listing — about an hour after it sold out in 10 minutes. Retailers may not be able to meet demand, but it’s Nintendo that made these deals in the first place.

Nintendo, cut it out with the exclusive amiibo until you can get your shit together, or start producing AR cards.