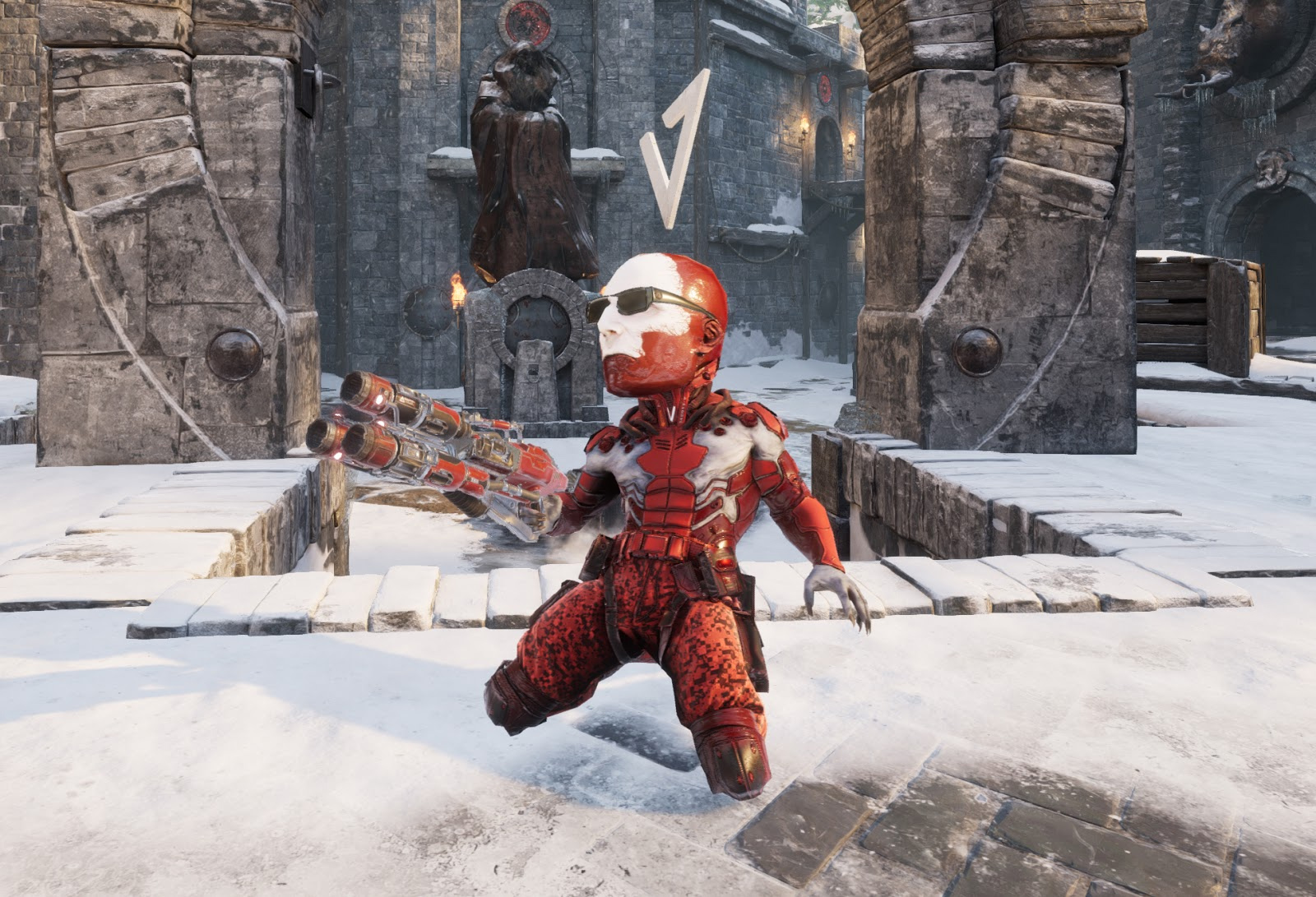 There’s a newly-updated version of the Unreal Tournament pre-alpha with a Big Head mutator and, jeez, how the heck do I keep forgetting this is in production and also freely playable? Lookin’ good. Epic Games and community creators have been toiling away for almost two years now.

This week’s update is centered on the icy deathmatch map “Chill,” which has undergone another visual pass. You can see how that’s coming along in this gameplay trailer and some screenshots (that, uncompressed, filled my SSD because I’m apparently not mindful of these things any more).

Arena shooters look unbelievably cool when they’re played well, but I know my place in Unreal Tournament, and it’s at the bottom. I best relate to the exploding people. They’re my kind.