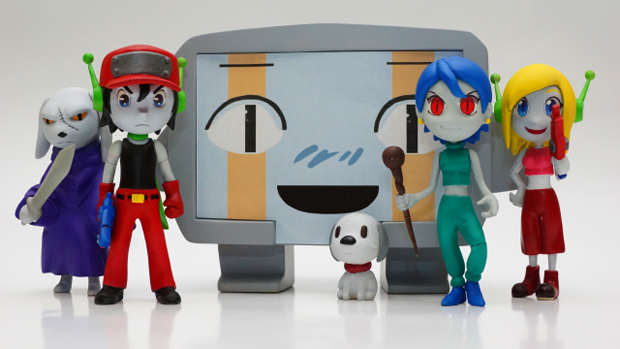 This ought to perk up the ears of Cave Story fans. The Twitter account for Nicalis recently posted the above image showing toys based on characters from the indie darling and asking if people would like to have a set of them.

And I would like to have a set of them very much, thank you for asking. Sure, I might be in my mid-thirties now and, sure, my wife might roll her eyes at my populating the house further with incredibly nerdy (and, to some extent, obscure) gaming stuff. But that doesn’t change how I want to create a scene in which Curly rides Balrog like a bronco. I’m a sick man.