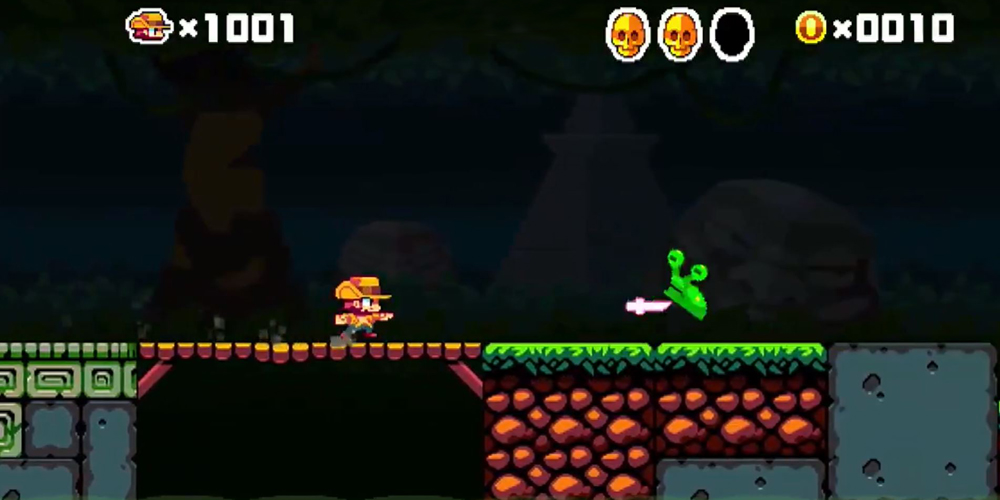 It’s the new-new way to die

1001 Spikes is one of my favorite games and I think you’d like it too if you gave it a try. At one point, I even joking-not-jokingly said it’s better than Game of Thrones. Given how people turned on that show in its last season, I think a lot more folks may agree with me on that one now than they did before, but I digress.

Nicalis also seems to think that there’s an untapped audience for the game out there. While Cave Story and Isaac are by far their biggest sellers, they have never give up on 1001 Spikes, prominently placing characters from the series in crossovers like Crystal Crisis and teasing new iterations of the game like the long-awaited Super Ex edition on the regular. That’s why I’m only half-surprised that they’ve just shown off what looks like a mobile-friend infinite runner in the series with all new graphics and enemies. It also appears to play differently, with a double jump, a dash, and some sort of dive-ball move.

While I’m chomping at the bit to know more, I’m keeping my expectations in check. We first saw Ninja in 2015, but he didn’t show up as a playable character in anything until this year with Crystal Crisis, and I think it was in 2014 that I was first told off-the-record that 1001 Spikes would be getting new characters, stages and modes. That new content is still largely under wraps, but with E3 just around the corner, anything’s possible.

We don’t need #E32019 to show you cool stuff! #1001Spikes #Youaredead!
Sign up for our newsletter to get the latest news https://t.co/bfbdcCJGQQ pic.twitter.com/uw1b5oXNr3