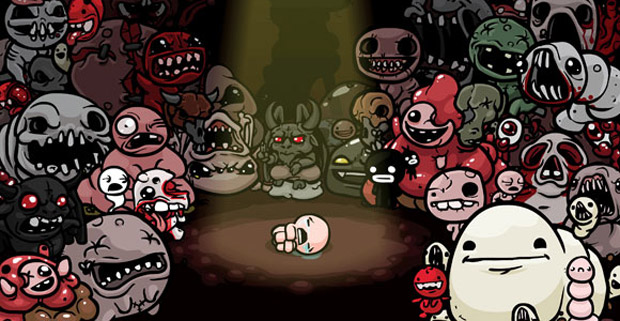 Remade in 16-bit with local co-op

In a postmortem written by Edmund McMillen over on Gamasutra, the designer has revealed that he was approached by Nicalis president Tyrone Rodriguez to remake The Binding of Isaac for consoles. His answer — “yes,” as you’ve undoubtedly gleaned from the headline — is only the beginning of this wonderful news.

“I told him yes,” writes McMillen, “but I had a few strict guidelines to make sure an Isaac remake was perfect. I wanted the game to feature the second planned expansion that I couldn’t do in the Flash version, I wanted it to feature local co-op, I wanted the graphics to be totally remade in 16-bit but still look and feel like the Flash version, and finally, I didn’t want to deal with anything when it came to business. Nicalis has agreed to these terms, and development has started on The Binding of Isaac: Rebirth.”

See what I mean? This is almost too good to be true. For as popular as the original game and its expansion are (one million units sold and counting for the former), I wasn’t sure we’d see more of Isaac anytime soon. Speaking of which, it will be interesting to see which platforms Rebirth can and ultimately will release on.

McMillen continues: “It’s still too early to tell for sure what consoles the game will end up on, but both Microsoft and Sony feel like it would be a perfect fit for their digital platforms, and we have a feeling the new look might soften up a few people at Nintendo for a possible Wii U/3DS eShop release. I’m wary about how the game might control on iPad, but if they can make it work, I’m all for it.”

Postmortem: McMillen and Himsl’s The Binding of Isaac [Gamasutra via Eurogamer]

Filed under... #Remakes#The Binding of Isaac