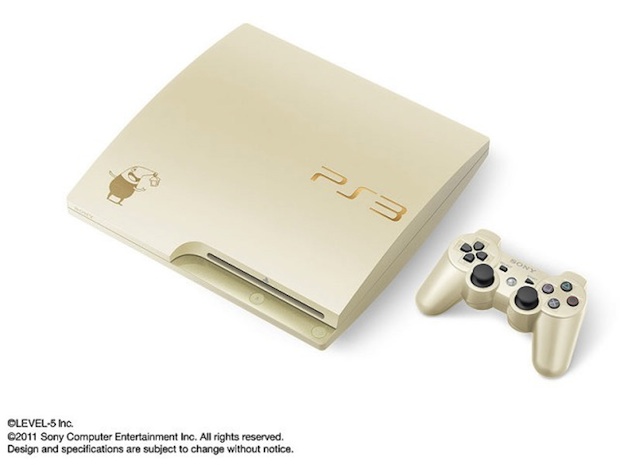 Just last night we learned of Ni no Kuni‘s release date, and it was then that we heard that a PS3 bundle was also in the works. Level-5’s PS3 release will hit Japan on November 17th, and this Magical Edition PS3 bundle will land on the same date. The game itself is not a port of the DS version. It was developed separately with different story developments, graphics, and artwork, which will now better showcase the pretty Ghibli animation.

Now we have images of the bundled PS3. It’s a pretty system to match a pretty game. The system is “magical gold” with a pearly touch, and you’ll see that it has been etched with Shizuku, the fairy of Tears, one of the story’s main characters.

Filed under... #Bundles#Ni No Kuni