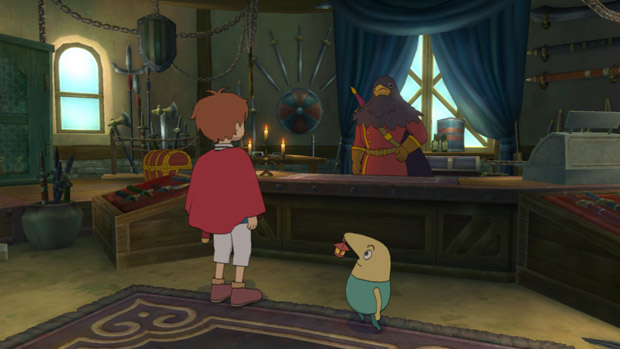 Namco Bandai has given us a more specific time frame for the North American release of Ni no Kuni: Wrath of the White Witch. The PlayStation 3-exclusive RPG has gone from “this year” to “winter 2012.” At least they were kind enough to indicate which half of winter they’re referring to.

It’s a shame we can’t get this Studio Ghibli eye candy sooner — it seems like an ideal game to play over the long summer — but that’s one of the downsides to keeping tabs on pre-release games. I could go for some of that blissful ignorance right about now.

“Our top priority for the Western release of Ni no Kuni: Wrath of the White Witch is to localize the game with the same level of quality and attention to detail that fans of Level-5 and Studio Ghibli have come to expect,” says Level-5 CEO Akihiro Hino. We’ll be waiting!

Filed under... #Level 5#Ni No Kuni#Ni no Kuni: Wrath of the White Witch#Role-Playing Games