Boy, I sure found some pretty images didn’t I? I wish I played those Spirited Away-looking sections, but I guess you don’t show your best hand in preview demos. Or wait, shouldn’t you? In any case, Ni No Kuni II looks every bit as beautiful as the first, even if the section I played wasn’t particularly picturesque.

The sequel seems to follow the same structure as the first: run around a city, get side quests, do the main story, and fight random encounters in the field. Sounds like standard fare for role-playing games, but Ghibli’s beautiful art and music gives this series something special.

For the demo I was presented with three different options. I could fight a hard boss, just see some story elements, or get somewhat of a combination of both. Of course I chose both. The demo started off in a small cliffside encampment without any lead up as to why I was there, but I didn’t have much time to linger. There were a lot of people to talk to, but it didn’t seem like many had much to say or do.

I got the impression that it’ll be like the towns in the first game, where most NPCs will just have a line or two of text and then there’ll be some who act as fetch-quest givers. All RPGs work in a similar way, but there was just something straightforward and transparent about how this series does it. Like an MMO quest where they quickly say “Go get # of X” which drops from certain enemies with little variation. 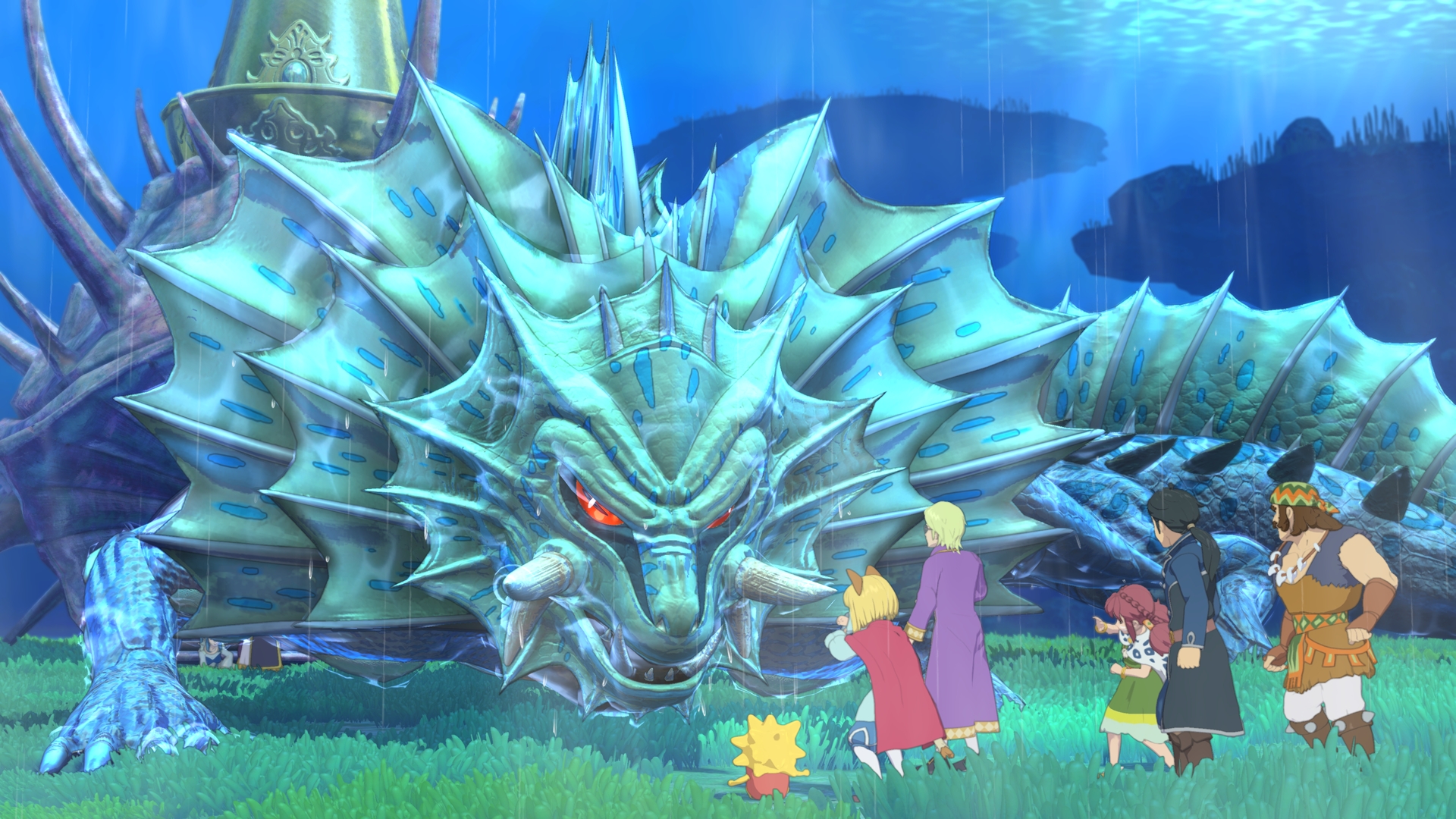 I haven’t finished the first game for various reasons, so I don’t know about spoilers, or how the games are tied, but I wanted to play as Oliver. Of course it’s not related to the gameplay, but I’m not into the protagonist’s design. It’s the same feeling you get coming off of Cloud from Final Fantasy 7 and Squall from Final Fantasy 8 and then being handed some height-challenged half-dog thing in Final Fantasy 9. The tail is gross.

Even more gross is that you, and everything else, turn into chibi form on the field map. Fucking fuck. I get Japan likes cute, but I’ll never get the super-deformed chibi thing. It’s not appealing at all. Running around the field is like World of Final Fantasy, slowly running around as an ugly little chibi shit with a pointless ability to jump. They didn’t make Oliver a chibi in the first game, so why now?

Anyway, I like the combat much better. Combat in Ni No Kuni felt very slow and deliberate. Here, you can move about and attack freely which feels much better. I’ve nothing against turn-based systems, but Ni No Kuni‘s wasn’t very special. Plus points for the combat, minus points for chibi half-dog protagonist puts us at about even.

Contrary to the explanation given to me, I didn’t really encounter any story unless I missed it. The first game had that progression issue a lot of anime have, where the ultimate goal and mission is lost by new tasks that continually come and decrease in size. This issue I’m describing can best be understood by watching this GIF. I hope the story is more focused and doesn’t fall into the same trap as the first did. Whether the game can stand on it’s own without the novelty of Studio Ghibli collaborating on the project remains to be seen.