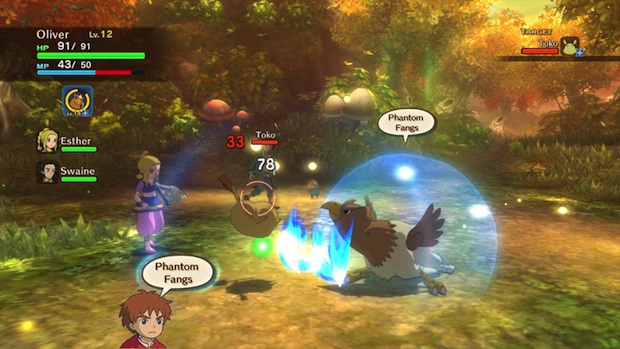 Upcoming Namco Bandai and Level-5 game Ni no Kuni: Wrath of the White Witch gets a PlayStation Network demo this week, December 4. Europe follows with the same demo dropping on December 5.

The demo takes you through two different levels of the game in boss battles against Guardian of the Woods and Moltaan. It sounds like the same stuff I previewed back during gamescom. If that’s a case, prepare for a treat.

This should hold you over until the January 22 (Jan 25 in Europe) release date.