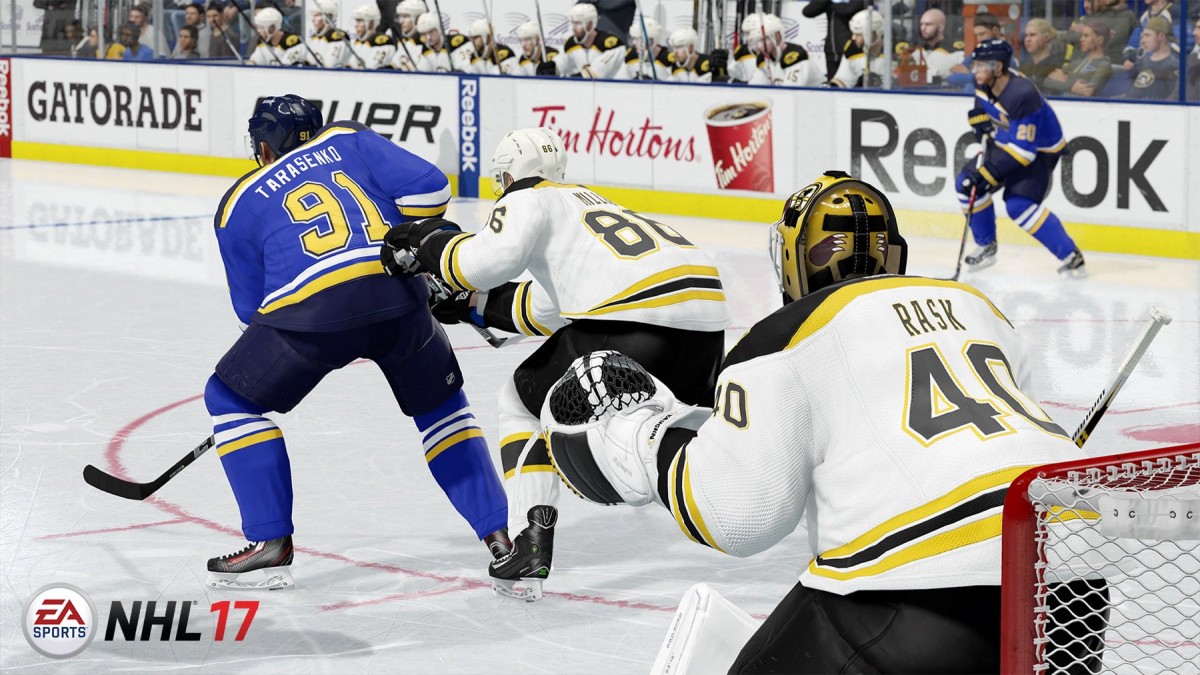 How does your team stack up?

The hockey season is still a few months away, but EA Sports has its opinions on how each team is shaping up. With the NHL 17 beta officially out tomorrow, we got our hands on it a bit early and took a look at each team’s ratings.

While our poor multiplayer opponent patiently waited, we flipped through every single team to see their stats for offense, defense, and goaltending. The Tampa Bay Lightning lead the offensive category with a 93. The San Jose Sharks blue liners are the best defensive group with a 94. And, the pairing of Henrik Lundqvist and Antti Raanta for the New York Rangers make up the league’s best goaltending duo with a rating of 95.

Interestingly enough, only one team has a category that dips into the yellow color that denotes a score of less than 80. It’s not a bad team, either. It’s the defending Stanley Cup champion Pittsburgh Penguins. The Pens’ goalies are ranked 79, probably because Marc-Andre Fleury is coming off of a concussion and his backup is mostly unproven (even though he just won a ring). No respect for the champs!

We also had a chance to go hands-on with NHL 17 back at E3. Here’s our preview detailing what this game is doing different.