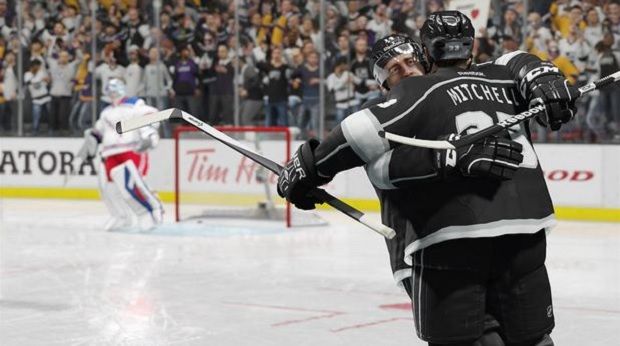 EA Sports used NHL 15 to simulate and predict the upcoming NHL season which begins next week. The results are most likely terribly wrong because nowhere does it anticipate that the Colorado Avalanche will be crowned Stanley Cup champions.

Instead, NHL 15 (in all its flawed logic) ventures that the Los Angeles Kings will repeat last year’s success and take home hockey’s most coveted prize for a second straight season. It’s an especially bold prediction considering that league parity and a grueling playoff schedule have kept the NHL from seeing a repeat champion since the Red Wings did it in ’97-’98.

The video makes other forecasts, such as Sidney Crosby being named MVP, but you can probably disregard all of that and just believe me when I tell you that the Colorado Avalanche will emerge on top this season.