[Update: Sony’s released some footage of Wipeout 2048 which does a better job of showing off the title than these rotten screenshots they gave us. Check it out at the end of the article.]

Sony’s Liverpool Studios is doing what it does best, currently developing a Wipeout game for the NGP. Tentatively called Wipeout 2048, it’s a brand new game built from the ground up, and one that the studio says is its “biggest new Wipeout” in years.

Bonus for racers who can’t get enough: Wipeout 2048 players on the NGP can go head-to-head against Wipeout HD racers on the PlayStation 3. 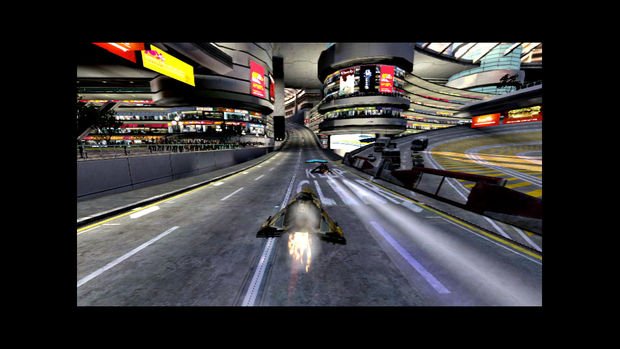 First thing I want to point out is that the game looks great, as good if not better than the PS3 Wipeout HD. I have to say this because the screens Sony sent us to accompany our coverage do not do it justice. Our own Dale North pointed out that maybe the game is simply too fast to capture crisp screens, but I’m not buying it. Whatever the case, know that what you’re seeing here is not representative of the game as you’ll see it running on an NGP.

For a twitch-based racer like Wipeout, the NGP’s substantial analog sticks are a godsend. The game’s most basic controls (which is being called “Racers” for novice players) has thrust on R1, brake on L1, and the X button to fire your weapon. There will also be a mode, called “Wipeout,” for advance players; this scheme gives players control over two air brakes for side-shifting and other advanced techniques.

The start of the show, and completely new to the series, will be the game’s touch and motion controls. With this, the NGP’s back touch screen acts as the gas and brake, on the right and left of the screen respectively. Controlling the ship is done by tilting the NGP left and right, the front touch screen firing off your weapons. With subtle shifts of the NGP, this method actually works pretty well; after a lap or two, I was breezing along without an issue. While I personally feel I’ll stick with the physical controls, the idea of using the NGP as your vehicle’s “wheel” certainly has its appeal. 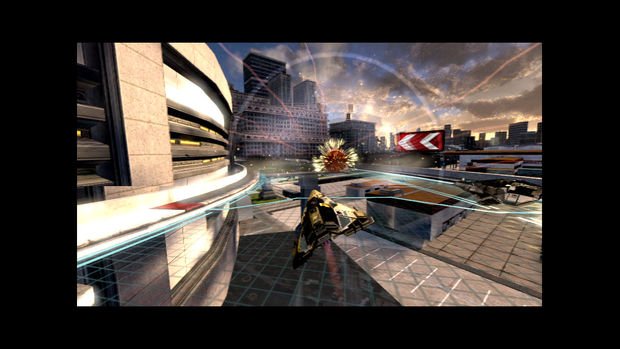 Wipeout 2048 will feature 10 new tracks, 20 new vehicles, and a host of new weapons. Liverpool is also promising three campaigns, along with 80 events, and an online campaign.

But most exciting might be the cross play with the currently available Wipeout HD for the PlayStation. While they’ve yet to nail down what tracks will be playable between the two platforms, they are promising it’ll be implemented on day one. It was already up and running during our demo, and it ran smoothly on the Wi-Fi connection available at the event. This kind of cross platform play between Sony’s consoles is an exciting approach, and one that’s not unique to Wipeout 2048. The NGP and PS3 versions of Hustle Kings, Sony’s billiards game, will also support cross-platform play.

Expect Wipeout 2048, cross platform play and all, to launch when the NGP hit shelves.