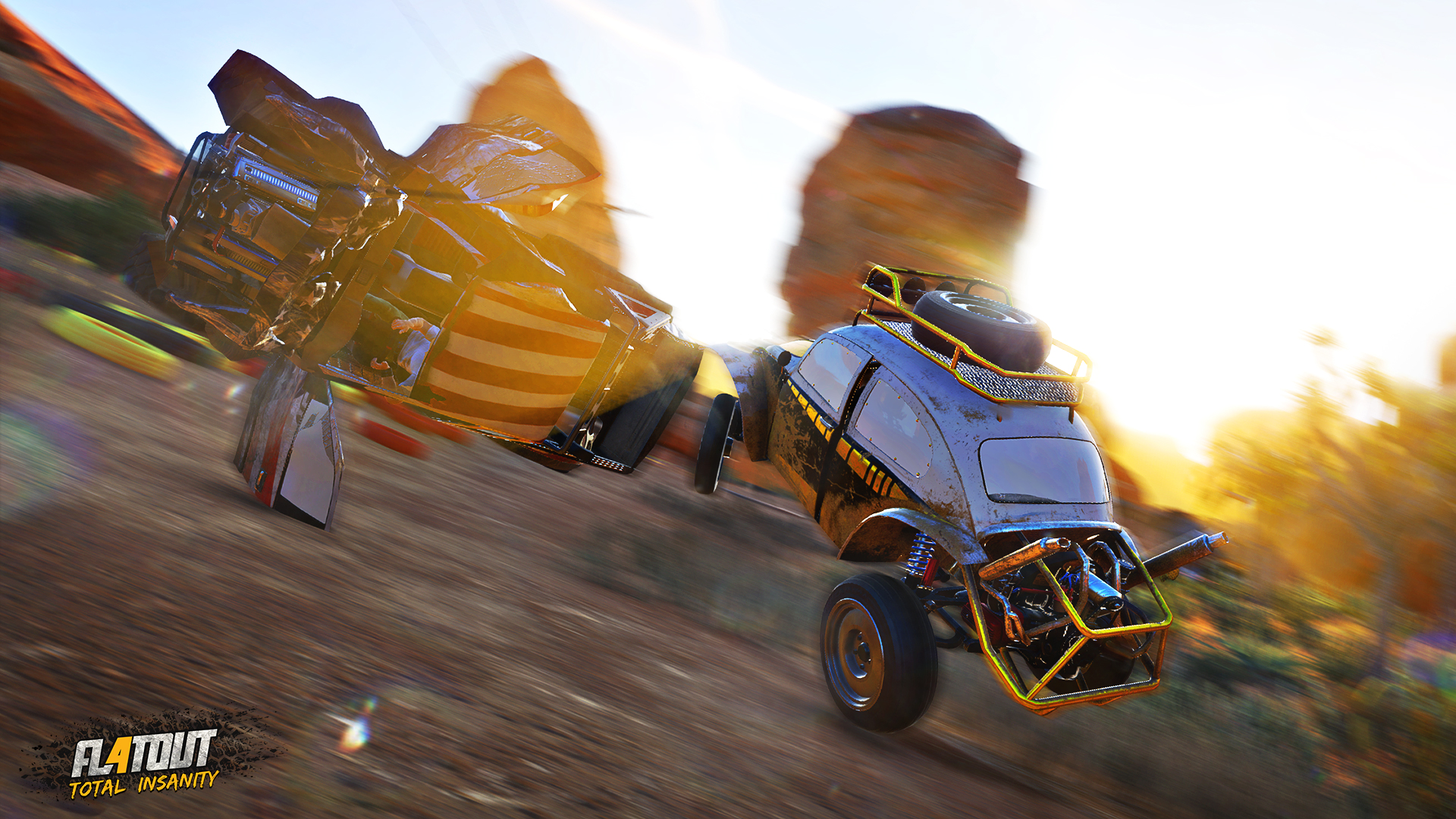 While Bugbear has moved on to Wreckfest, the physics and demolition focused FlatOut series they started with lives on. FlatOut 4 releases on Xbox One and PlayStation 4 on March 17 and for PC in “April,” 2017. After Bugbear, Team6 took over and perhaps took “demolition” too literally by driving the series into the ground with FlatOut 3. Despite the success of the first two entries, the third got 1’s across the board. It was so bad Team6 doesn’t even list it on its website.

Series fans will be glad to hear FlatOut 4 is in new hands. Kylotonn Racing Games will develop, while Bigben Interactive will publish. The new trailer teases the Chex Mix bag of game modes it has available.

The last time I remember playing a FlatOut game was FlatOut 2, and I remember it having Pong playable on the loading screen. That was the coolest thing. I thought “Why don’t all games have Pong or something in loading screens?” Recently come back and play the first FlatOut recently, which held up surprisingly well minus a few faults. It was much better than many of the other racing games I had been trying out.

Call me an optimist, but Kylotonn seems to be dialed in and ready to bring this series back.