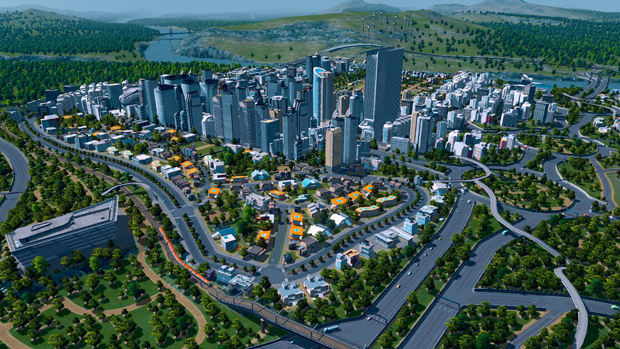 The citybuilder you’re looking for?

Next week’s release of Cities: Skylines has a pre-order discount right now making it cheaper than 2013’s SimCity at MSRP. The new city-builder game from Colossal Order starts at $29.99 and can be pre-order for a bit cheaper at a few digital retailers.

To really sweeten the pot, digital retailer Green Man Gaming has the title as part of its “VIP Gaming Sale” this week, where the game is 27% off MSRP. That cuts the price down to a mere $21.89. Just log in or create an account on this page to see the discount.

The same percentage discount applies to the Digital Deluxe Edition. In a similar fashion DLGamer has a 25% off coupon and is a good alternative for nearly the same percentage off (especially if GMG’s VIP deal doesn’t work in your particular region).

This may be worth a look for fans of other Colossal Order titles like 2013’s Cities in Motion 2.

Pre-ordering at GMG or DLGamer will also get you the three pre-order bonuses associated with Cities: Skylines. You’ll get a digital artbook with concept and behind-the-scenes info, along with five digital postcards with building blueprints. On top of that, there’s five in-game bonuses you’ll get to add to your city:

Thus far the pre-order bonuses are lightweight and look fairly cosmetic in terms of in-game content — so that’s probably a positive for those who dislike massive content hidden behind a particular DLC upon launch.

Cities: Skylines releases on March 10 on Steam. After unpacking, the game will take up about 4GB of hard drive space.