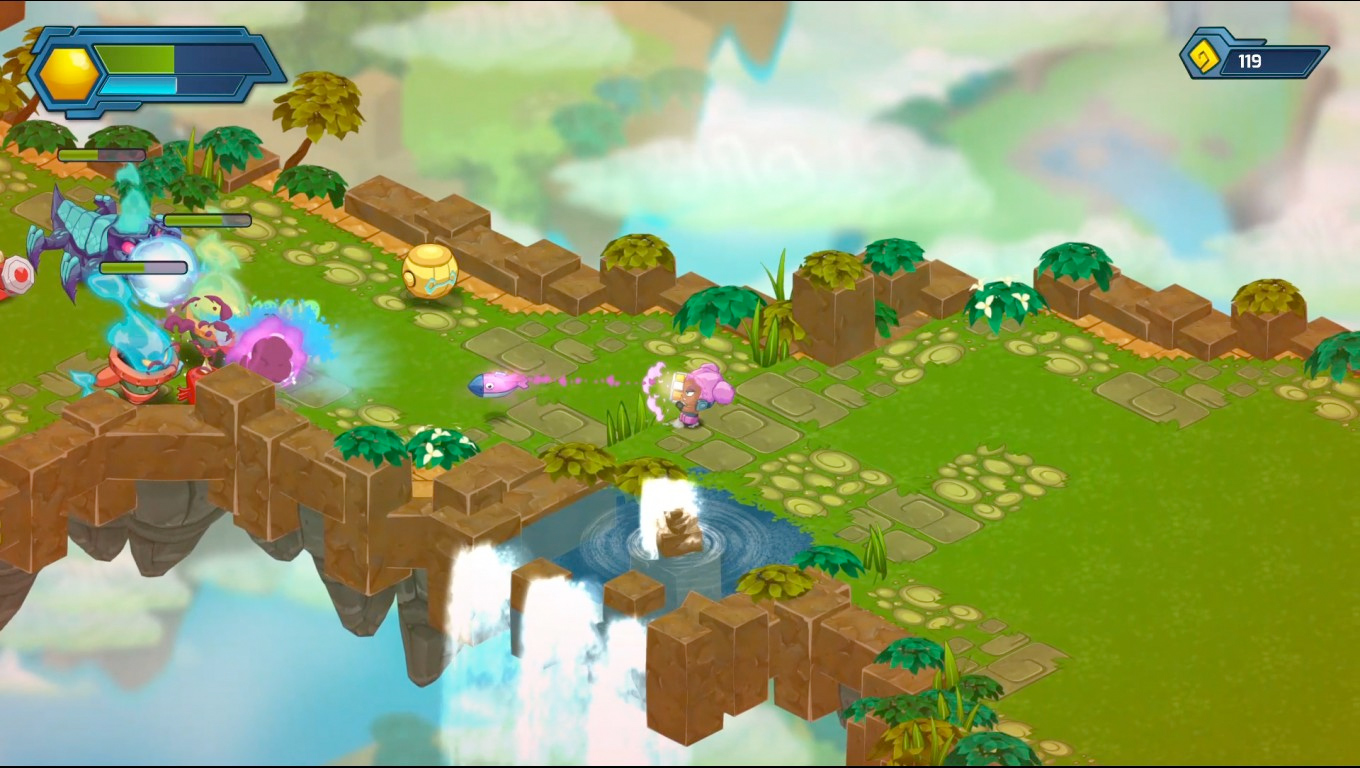 I’ve always found it odd that more games don’t do interesting things with death. Dying tends to just set you back a checkpoint or has you replaying entire levels, but some games introduce cool gimmicks. Super Time Force was one of the very few indie games that based its entire gameplay loop around dying and creating clones of yourself. Perishing in a glorious fashion let you devise bum rushing tactics to tackle enemies all over the screen with the ghosts of your previous attempts floating everywhere. It was amazing.

Developer Digital Continue, started by 5TH Cell (Scribblenauts, Drawn to Life) founder Joe Tringali, is taking that very idea and applying it to a beat-em-up with its first official release, Next Up Hero. Coming to PC, PS4, Xbox One, Switch, Linux and Mac OS, the game features a cast of eclectic heroes with special abilities who will all take turns trying to conquer tough enemies. Death results in the next hero being able to resurrect their fallen brethren as an AI companion, called an “Echo,” to do battle alongside them.

The game will be heading to Steam Early Access this fall so that the devs can work fan feedback into the final product. The final release will come sometime in early 2018 for those aforementioned platforms. If you happen to be at RTX Austin this weekend, you can gain access to the closed beta before everyone else.

If nothing else, at least we’ll finally have a beat-em-up on Switch. That is worth something!