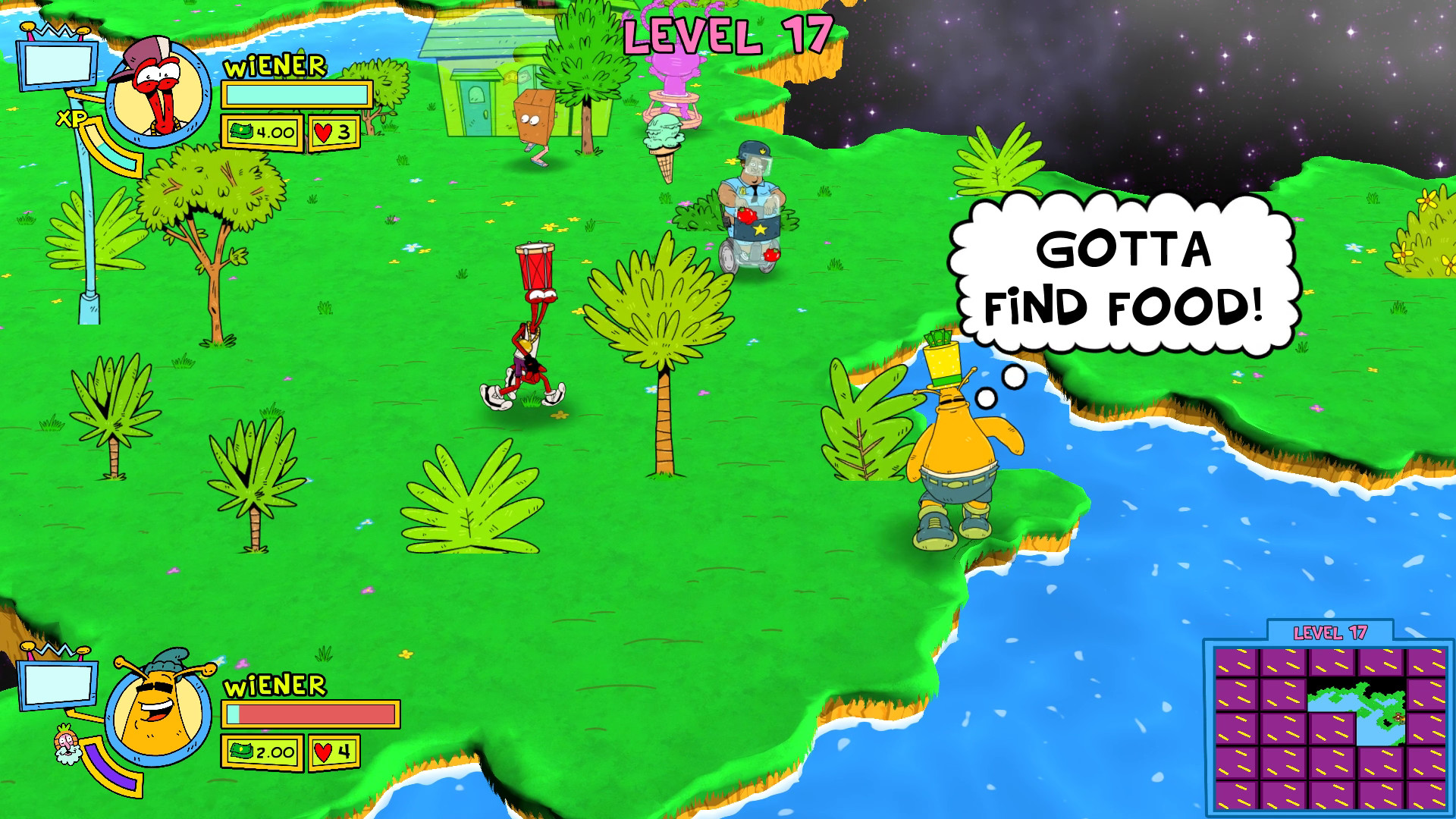 Get in the Hyper Funk Zone

Semantics aside, ToeJam & Earl: Back in the Groove continues the perpetual funk on March 1, 2019. Developer HumaNature Studios has confirmed a release date, seemingly five days earlier than it wanted to. We’ll still have a new trailer to look forward to, and, if the past is any indication of the future, the music will slap.

This seems like a good time to let you know that ToeJam & Earl in Panic on Funkotron is most definitely my favorite Sega Genesis game ever. Very Young Brett could not wrap his head around the first game’s roguelike sensibilities, but he could most certainly get down with a platformer where you throw jars at humans. This belief holds strong in 2018. We need to put more people in jars and send them to faraway planets.

Yo! We opened this mystery present and a release date came out! WOAH! pic.twitter.com/jBnmH5qLl6