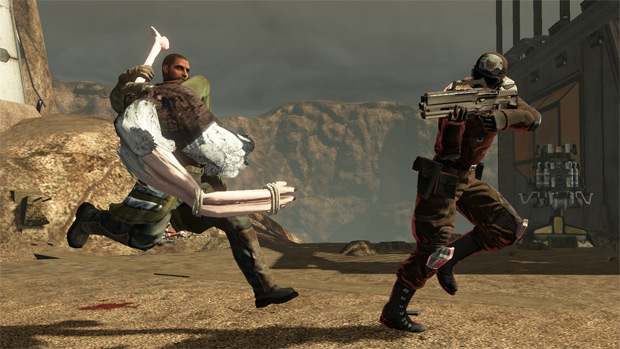 During THQ’s earnings call today, CEO Brian Farrell gave us the latest on all things Red Faction. Speaking about Red Faction: Guerrilla, he said “I think we did a great job on the game; I think we did an average job on demand creation.”

Obviously THQ doesn’t want to make the same mistake again. Farrell explained that we’ll be able to see the company’s commitment toward “demand creation” with the next game when they “unveil it later this month.”

Presumably, the next Red Faction will be partially shown this month with the full reveal not happening until E3 a couple of weeks later. So far, we know it’s going to have a “much more appealing game universe,” a more developed story, and that it’ll be released no later than March 2011.

Also, the game may or may not have “Origin” or “Armageddon” in the title. Either way, as a proud supporter of Guerrilla, I’m pumped to hear about this newest installment.

Next Red Faction to be unveiled ‘later this month’ [Joystiq]