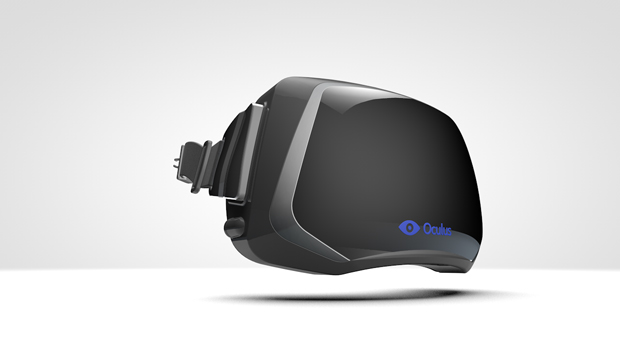 The hype around John Carmack’s virtual reality headset at E3 was off the charts and now the goggles have a name, proper shell, and a Kickstarter page for funding.

The Kickstarter page is catered toward developers with dev kit versions of the Oculus Rift (bundled with the VR-ready Doom 3: BFG) being handed out to $300 pledges. The kits will ship in December, but you can get the prototype model — which you have to assemble yourself — a month earlier for $275.

The Kickstarter has a goal of $250,000 and it’s currently at $155,000 after a couple hours. The promotional video above has notable developers singing its praises, including Gabe Newell, CliffyB, and John Carmack.

“It looks incredibly exciting, if anybody’s going to tackle this set of hard problems, we think that Palmer’s going to do it.,” Newell said. Palmer being Palmer Luckey of Oculus, who are building the headset.

The lack of latency, lightweight model, and panoramic view are some of the features that separate this VR set from ones of the past. Every video I’ve seen of these goggles, the user laughs in awe. You just don’t see that kind of reaction anymore. My expectations are very high for this, but you can read my impressions after I try it out this Friday at QuakeCon.