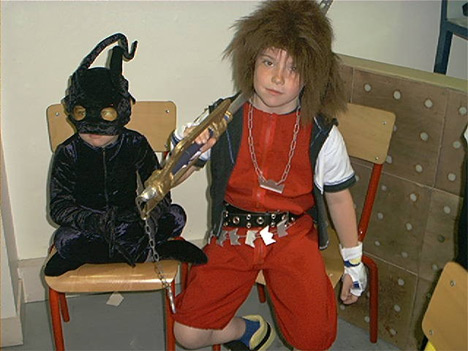 “Which platform will it be on?!”

Woah, woah! Slow down! Unfortunately, as it is with a lot of Square titles, we don’t have the answers to those questions. What we do know is that the next Kingdom Hearts title will soon be announced by Square Enix. So, yeah … they announced that they’re going to announce it. Talk about overhyping a product. Here’s the usual quote, this time from Spiras Destiny:

At the time of Jump Festa during the Kingom Hearts 2: Final Mix trailer, we saw the message ‘New Project Starting in 2007′, this began the rumours that ofcourse it would be a Kingdom Hearts title, or rather Kingdom Hearts 3!

Now however, Tetsuya Nomura himself, has stated to Dengeki and the Famitsu magazines that during the mid stages of 2007, Square Enix plan to reveal a new Kingdom Hearts title!

Now, of course, this is pure speculation, but KH3 could very well be for the Wii. Square has already hinted in the past that their next Kingdom Hearts game might not be on the PS3, and the 360 is probably out of the question, considering its lowly status (No, Blue Dragon alone won’t sell the system for long) in Japan.

On another note, do any of the other editors think that looks like Gregor’s otaku twin?