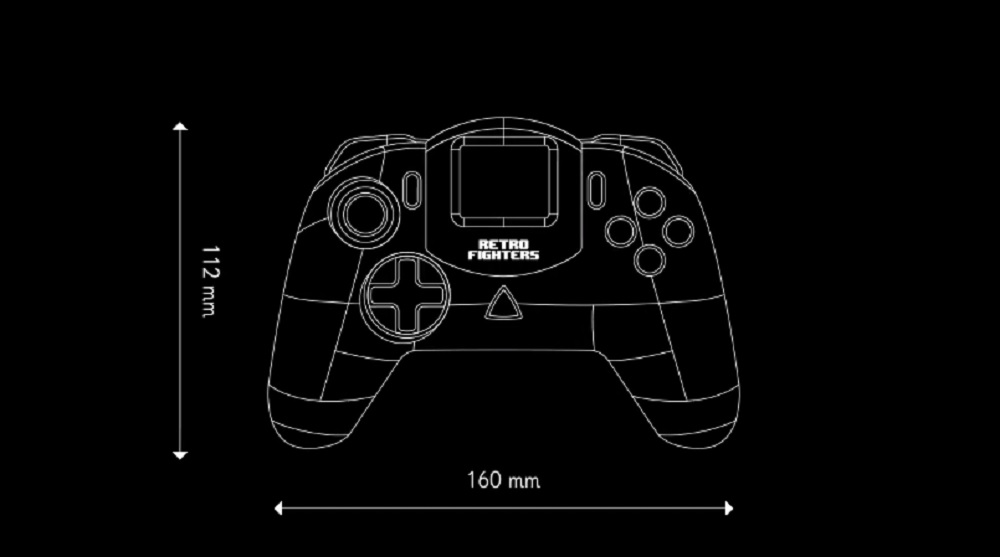 I talk about the Dreamcast a lot.

I feel like a crazy person when I tell people “I remember back on 9/9/99, we had a grand old time with Soulcalibur, choosing plays on a tiny screen in NFL 2K and Sonic Adventure.” That was like, forever ago. But my memories of the Dreamcast didn’t die there. I built up a sizable collection these past 20 years and still play it frequently. So yeah, I’m interested in this upcoming “Next Gen Dreamcast controller” project.

Described as a “modern take on the original Dreamcast controller,” the idea is that you’ll get extra shoulder buttons, a more “responsive” d-pad, and a new analog stick. Oh and VMUs/Jump Packs will work, plus the 10-foot cord comes out the top so you don’t need to “tuck” it into the remote. I’d get at least one of these.

Note that is is a hardware Kickstarter: those things go wrong all the time, right? Well, Retro Fighters has come through before with three other projects, so this is less of a gamble. You have 27 days to decide and they’re already well past their $13,000 goal with over $60K at the time of publishing.