[For his Next-Gen Bloggers Wanted essay response, Jinx 01 tackled the industry trend of gussying-up screenshots. Want to see your own words appear on the front page? Go write something! –Mr Andy Dixon]

How do you sell gamers on next-gen graphics after years of faked screenshots?

“Bullshot” is a common industry term for promotional screenshots that have been doctored to make a game look better than it really is. They tend to have flawless anti-aliasing, higher quality textures, and higher resolutions. They may be generated via a developer console, altered in Photoshop, or taken on a high-end PC. The practice has been mocked by Penny Arcade, and there is a good article on the evolution of bullshots over at Eurogamer.

The practice of deception has expanded, too. Pre-rendered trailers have become popular, for example. No one forgets the amazing Dead Island trailer – or how frustrated we all felt when the actual game was nothing like it. The latest move at trade shows is to demo games on hidden PCs hooked to 360 controllers, something Rock Paper Shotgun referred to as E3’s Dirty Little Secret. The media is often complicit, especially when it comes to platform-specific magazines. PlayStation Official Magazine UK repeatedly labeled obvious bullshots of Crysis 3 as “PS3 screens.”

Ultimately these practices may come back to haunt console makers and developers, though. 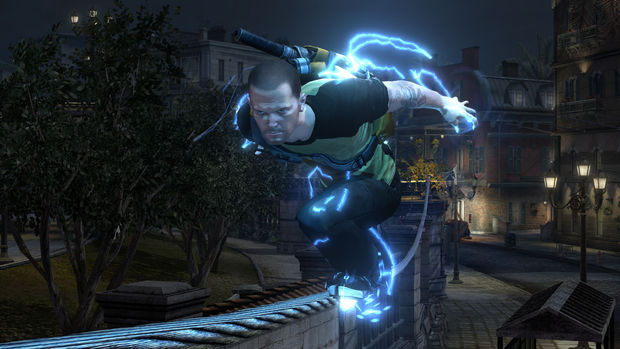 This Infamous 2 bullshot is a ridiculous 2160p resolution. (Click for full-size image!)

What’s the problem with bullshots? Selling next-gen consoles. Convincing consumers to buy new hardware means convincing them it will provide a better experience. That means creating games that reach or surpass the “Just Noticeable Difference” that will motivate them to purchase.

Therein lies the problem. Bullshots and other deceptive practices have blurred our perceptions so badly that actual next-gen screenshots and trailers may look no different than current games to consumers. How do you convince a gamer you’ve been deceiving for years that this time your screenshots and footage aren’t fake? This may be one reason Nintendo went with a unique controller instead of a powerful GPU. It is easy for a consumer to see the Wii U controller and know that it’s different. Yet Star Wars 1313 and Watch Dogs, two of the most impressive games of E3 2012, have been subjected to endless debate as to whether or not they are “next-gen” based on their graphics. Both were shown running on high-end PCs, of course, further confusing the issue.

The Wii U controller is clearly different from its predecessors.

The first wave of next-gen console games will probably be comparable to current PC games, running at native 1080p with improved anti-aliasing, textures, and framerates. It is difficult to demonstrate that difference in advertising, though, even without bullshots further confusing things. A 1080p screenshot is too big for many consumers’ monitors to fully display. Nor do screenshots do justice to games that have advanced animation, lighting, and particle effects. And even if a consumer sees a screenshot under optimal circumstances, they may compare it to current-gen bullshots and assume it’s fake. After all, current bullshots are roughly PC-quality, the same quality next-gen consoles will be shooting for initially. 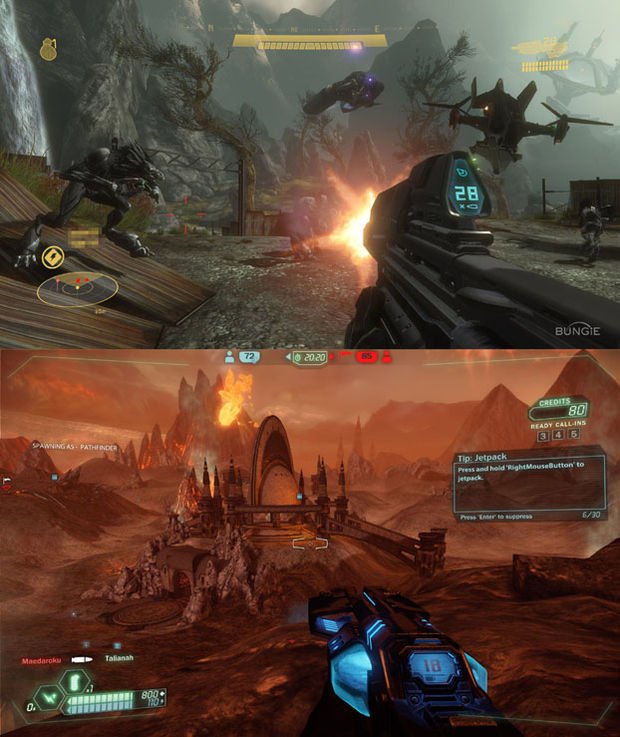 A bullshot of Halo: Reach vs an actual shot of Tribes: Ascend. If the latter comes out for the new Xbox, what basis for comparison will consumers have? (Click for full-size image!)

How can MS/Sony get past these issues and show consumers the visual difference? The issue is similar to the DVD vs Bluray comparison, so high-quality in-store demo kiosks may be the way to go. Let gamers play the actual games in-store on a nice 1080p television so they can experience the difference in visuals and performance first-hand.

It’s also likely Sony and Microsoft will take a cue from Nintendo and side-step the graphics issue somewhat. The next Xbox, for example, may have an improved version of Kinect integrated. That gives the system a “difference” that is easy for consumers to understand. Consoles are now media hubs, too, and will be selling themselves on non-gaming applications as well.

Thanks to years of bullshots, though, it’s going to be difficult for Microsoft and Sony to get through to jaded core gamers. The best hope for hardware manufacturers may be word of mouth. Because you can bet that when someone hooks their PlayStation 4 to their 50″ HDTV they will want to tell people about it.

In parting, here’s one last comparison shot to bring it all home: 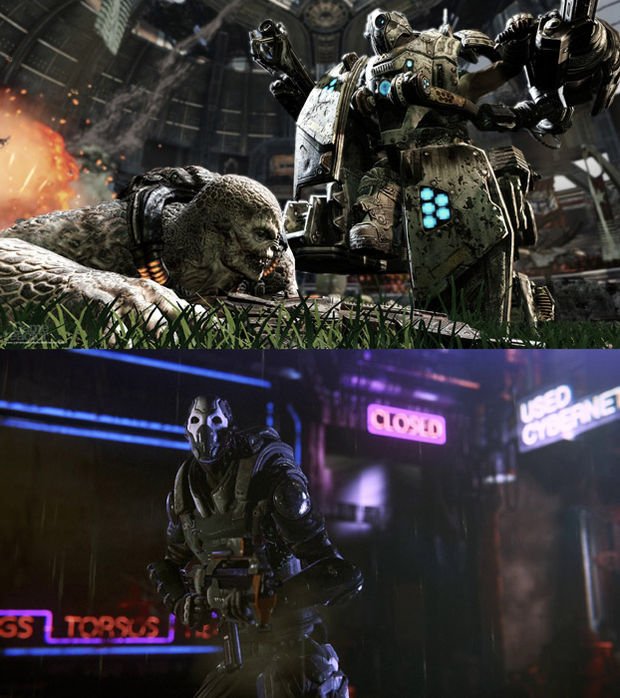 A bullshot of Gears of War 3 compared to a screenshot from the next-gen Samaritan Tech Demo. The bullshot is an equalizer; it matches the next-gen demo’s detail level, while at the same time Samaritan’s incredible visual effects are wasted on a still screenshot. (Click for full-size image!)