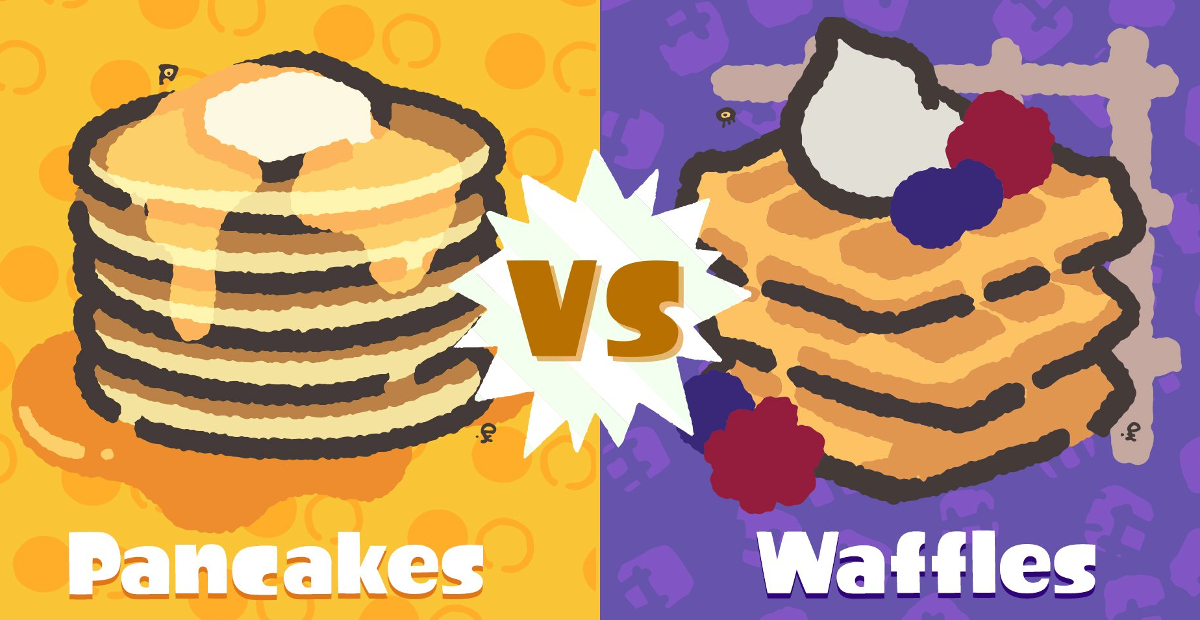 Waffles or dry farts in your mouth?

The Splatfests have been pretty hit or miss but always interesting to see what opinion players have on little inane questions. It’s a nice break from the overly serious debates that exist out in the world of politics and day-to-day life. I usually just chuckle at the choices and go about my day, forgetting about the debate until the results are posted. That is until now. I’ve heard my clarion call.

Which stealth dessert is the better breakfast food: Pancakes or Waffles? Fight for your fave when the next #Splatoon2 Splatfest kicks off on Saturday, February 9th! pic.twitter.com/87ku9BzWPt

Starting on February 9, European Splatoon 2 players will be able to pledge their allegiance to the starchy breakfast option of their choice: waffles or pancakes. It’s interesting that they chose Europe for this debate as both originated on the continent, and here in America, it’s not uncommon to find a diner menu that slaps Belgium on their waffle description to sell the sizzle. Of course, this also brings into question whether crepes count as pancakes but I’ll leave that to another debate.

For me, the option is clearly waffles but I understand that there may be people out there that think differently than me so hear me out. Pancakes almost always need butter, syrup, toppings, or fillings to make them palatable. Conversely, with a waffle, you can just eat it without any toppings and will be fine thanks to the varying textures caused by the waffle iron.

Will you choose to support the flat lifeless disc of a pancake or be one with the glorious nooks and crannies of the elite waffle society?