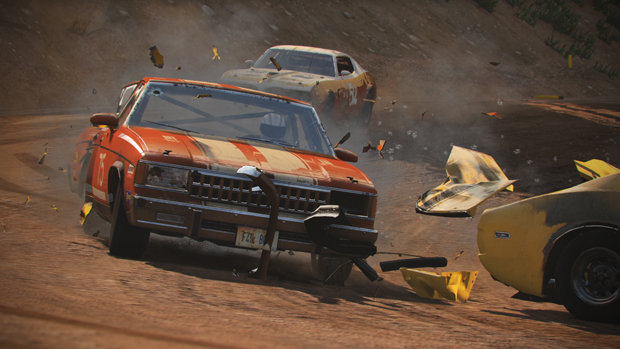 It’s still listed as Next Car Game on Steam Early Access and the like, but Bugbear Entertainment has settled on a proper name for its demolition derby racer: Wreckfest.

“As Wreckfest is all about the madness of colliding cars at breakneck speeds, a term describing the glory of tearing metal is nothing if not apt,” wrote designer Jori Virtanen.

The game now supports up to 18-person multiplayer as of Build #6 — Bugbear is pushing to eventually bump that up to 24 players — which should be ridiculous. Deathmatch and team deathmatch are also in, as are the Speedway track and European coupe.