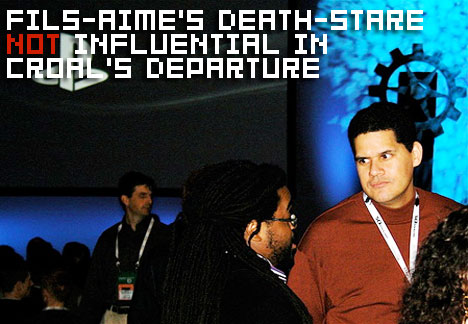 After 13 years with Newsweek covering consumer technology and videogames, journalist N’Gai Croal will be leaving the game.

In an interview with Gamasutra’s Leigh Alexander, Croal talks about his decision to leave Newsweek, and his future plans, which include creative consulting for game developers. Croal will continue to write about industry observations publicly on the soon-to-be-launched NGaiCroal.com, and continuing his column for Edge magazine.

Whether you agree with Croal’s writing and opinions, his influence on gaming and industry discussion can’t be ignored. In a consulting capacity, it’ll be interesting to see how he shapes future projects and titles with his insight on games and gamers in general.

As friends and (former) colleagues, we here at Destructoid wish N’Gai the best of luck.