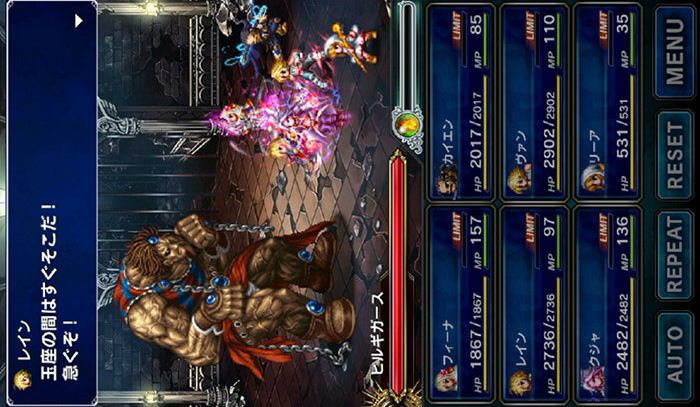 A new Final Fantasy is out this week and you won’t be alone in not knowing or caring. Apparently the “too sexy” Mevius Final Fantasy already came out in June, so it’s been a hot four months since the last one (not counting re-releases and ports).

Final Fantasy: Brave Exvius by developer Alim continues the series’ staple horrible titles with lovely logo art and features a mix of original characters and classic Final Fantasy folk doing shit about crystals. Unlike March’s Record Keeper, which got a US release, Brave Exvius has towns and wild territory to walk around in.

After its iOS and Android release October 22, Square is giving all players a “Magitek Armor with Terra Branford Piloting” playable character to celebrate the three million players that pre-registered for the game.