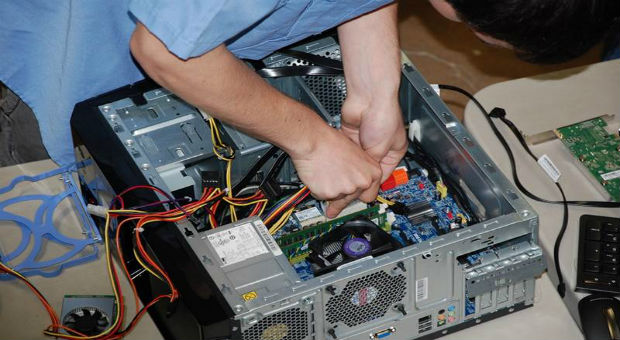 ♬ Do you want to build a computerrrrrr? ♬

iBUYPOWER and Newegg have announced that they will be joining forces to offer another venue in which you can build your very own custom PC. Using an intuitive selection system you can easily pick and choose which parts fit your needs best and have it mailed right to your doorstep without any of the trouble of actually having to learn anything about the internal workings of a computer.

Intel was super excited about this offering: “We’re thrilled to see Newegg and iBUYPOWER join forces,” said Laura Crone, Vice President and General Manager, PC Client Group. Another probable reason for their excitement, incidentally, was the exclusion of the option for any AMD CPUs to be installed in your shiny new custom PC.

The drawbacks that I see with this program as opposed to building your own PC are the dubious quality of some parts. With power supplies listed with video cards as just “X watts power supply” it seems that you could run into the issue of just any old power supply being used. Especially seeing as power supplies on pre-built computers have been notoriously an area where companies tend to cut costs. Also, if there’s a problem with the hardware, do you send the whole computer in, or do you have the luxury of just sending the component in like you could if you had built it yourself?

If this pre-built thing is what you’re looking for, the service is now available on Newegg. Give it a look and see if it speeds things up for you or if you’d rather just do it all on your own.