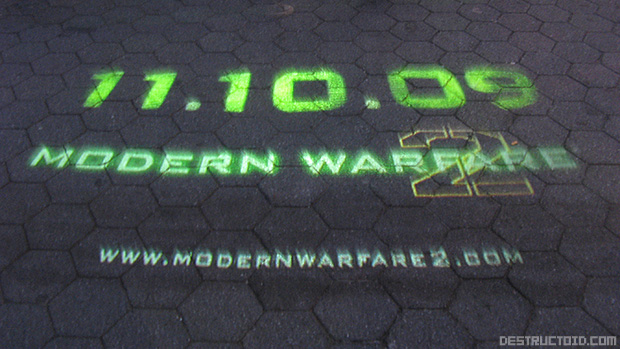 On the eve of the release of what is arguably the most anticipated game of 2009, Call of Duty: Modern Warfare 2, Activision joined with Microsoft and GameStop to take over New York’s Union Square with a massive party celebrating the launch. Numerous celebrities and athletes stopped by, and the main attraction was that Nick Swisher and Jerry Hairston Jr. of the New York Yankees would participate in some multiplayer action along with Philadelphia Phillies pitcher Cole Hamels (yep, the same guy from the now-infamous PSA).

Swisher couldn’t make it, but as you can see in the 27 photos in the gallery (25 of which were taken by yours truly), Hairston and Hamels took on some of the game’s developers, including Robert Bowling, Creative Strategist at Infinity Ward. Activision teased a “surprise guest DJ,” which I assumed to be DJ Jazzy Jeff (he was on the turntables when the event began around 5:30 PM). But later in the evening, none other than ?uestlove of The Roots (and Late Night with Jimmy Fallon) showed up and began spinning. Other attendees included rapper/actor Ice-T and his wife, Nicole “Coco” Austin, and a few New York Giants players. (All the VIPs, including Ice-T, left with a copy of the Prestige Edition of the game.)

By the time I got there, it was close to 5 PM, and a sizable crowd had formed a line outside the tent that had been set up in Union Square — folks had been standing for hours, just for the chance to play Modern Warfare 2 a few hours before it officially launched. I don’t get it, either. At least it was an unseasonably warm November day. Actually, now that I think of it, giveaways at the event offered the Limited Edition Modern Warfare 2 Xbox 360, as well as a Hummer emblazoned with multiple MW2 logos. I still don’t get it.

Regardless, I had a great time hanging out at the launch party, and I even got to play a couple of the Spec Ops co-op missions. (They were pretty damn hard.) Plus, I capped off the night by shaking Hairston’s hand, congratulating him on winning the World Series, and thanking him for helping to bring the championship trophy back to New York. In other words… Best. Night. Ever. Thanks to Activision, Microsoft, and GameStop for throwing the party!