In the last issue, we celebrated the demise of Miiverse by looking back at some notable Miiverse posts. Originally, this issue was planned for December and was supposed to be holiday themed, with an emphasis on holiday-related oddities from years past.

But, it turns out 90% of publications in December back in the day just did buyers guides and I’m far too lazy to dig through those. So, instead, we’re going back to basics! A fresh start for the new year by keeping it simple with old video game magazines and other oddball things of years past!

A bigger mystery than the mystery of chessboxin’ 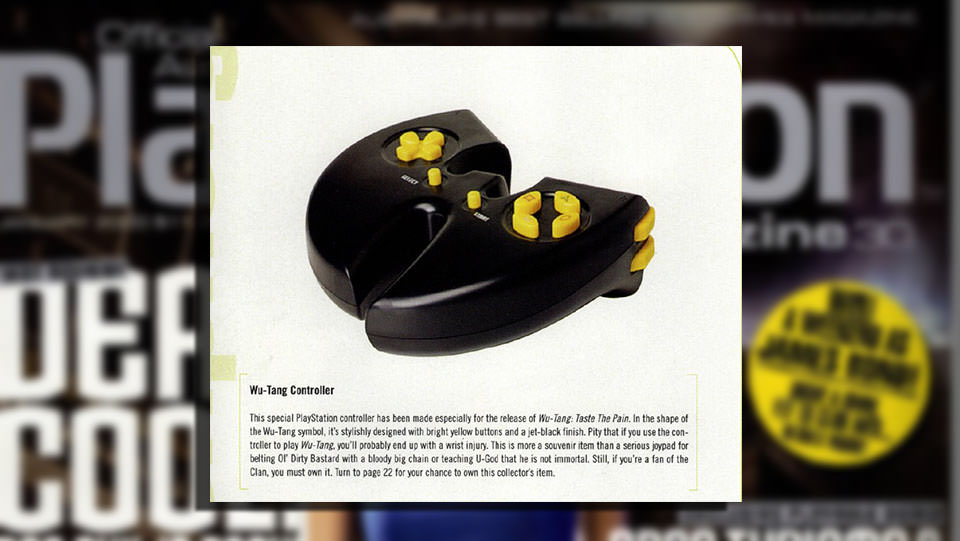 The mystery of who would actually want to willingly use this monstrosity of a controller. Straight out of the January 2000 issue of the Official Australian PlayStation Magazine, this particular issue holds the iconic advertising for one of the most peculiar controllers ever made — the Wu-Tang Clan controller.

The special controller was specifically made for the release of Wu-Tang: Shaolin Style or Wu-Tang: Taste The Pain in PAL regions for the PlayStation, a 3D fighter starring none other than the Wu-Tang themselves. The controller was jet black, with bright yellow buttons, and would probably just give you a wrist injury over actually being a decent pad. 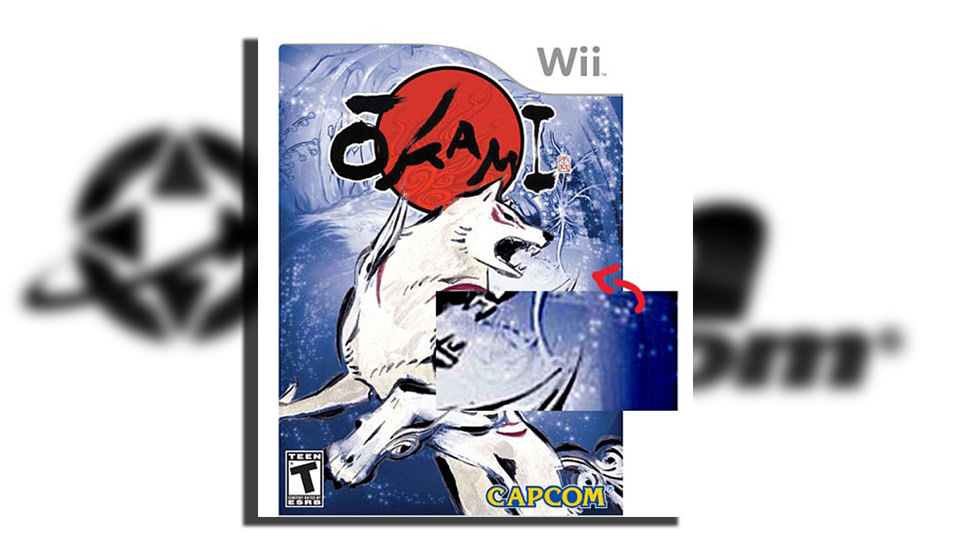 …I’m sorry, but I’m sure someone over at Capcom was saying those last two words after Okami hit store shelves for the Nintendo Wii in 2008, with a certain publication’s logo right on the cover. As pointed out originally by NeoGAF users, the IGN logo was mistakenly included on the cover of the Wii release of Okami.

Fun fact: Okami was also IGN’s 2006 game of the year. Maybe this was some bizarre thank you from Capcom? I doubt it, but funny enough, the game wasn’t the only victim, as the BradyGames strategy guide was also mistakenly plastered with logo. So, you might then be wondering, “where did the art for this cover come from!?” — the same place the cover of the game originated from. “Double damn” said the troubled Capcom employee, I bet. I guess IGN was the source of all the high-res Okami images?

In the end, Capcom would create a “Cover Artwork Redemption” page that had you filling out a form and picking between three different designs (one of which was a redesign of the original IGN’d artwork) and they’d ship out a new cover sleeve for your copy of the game, free of charge. Meanwhile BradyGames simply released another print of their strategy guide and now those IGN’d copies are considered somewhat rare to uncommon (depending on the region) among guide collectors. 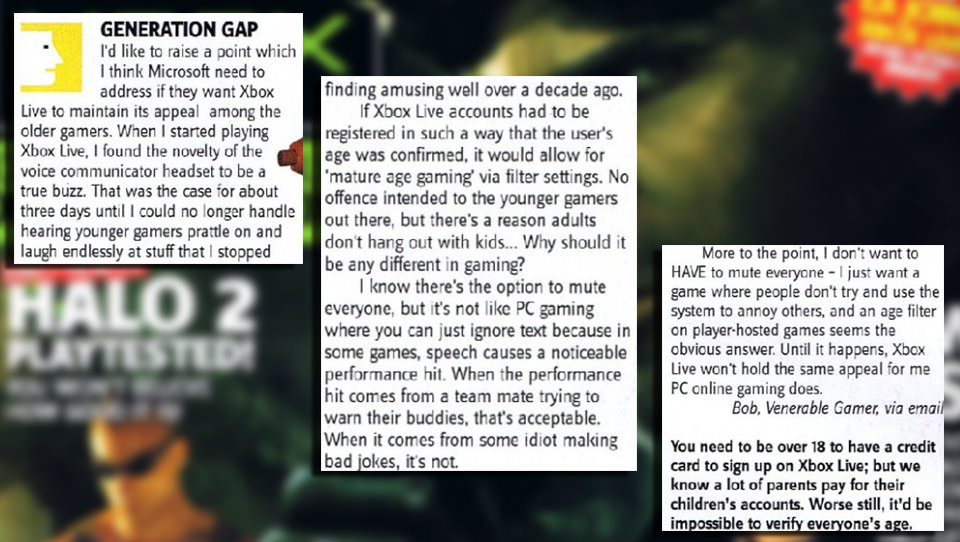 Bob, the venerable gamer, had a problem with the Xbox Live services back in the day as detailed in this letter to the Official Australian Xbox Magazine in 2004. What was his problem, you ask? Them damn kids! Bob proposes the idea of age-gating player-hosted games as he’s just had enough of bad jokes he would have found funny a decade prior.

I’m gonna bet he stuck with PC gaming in the end. 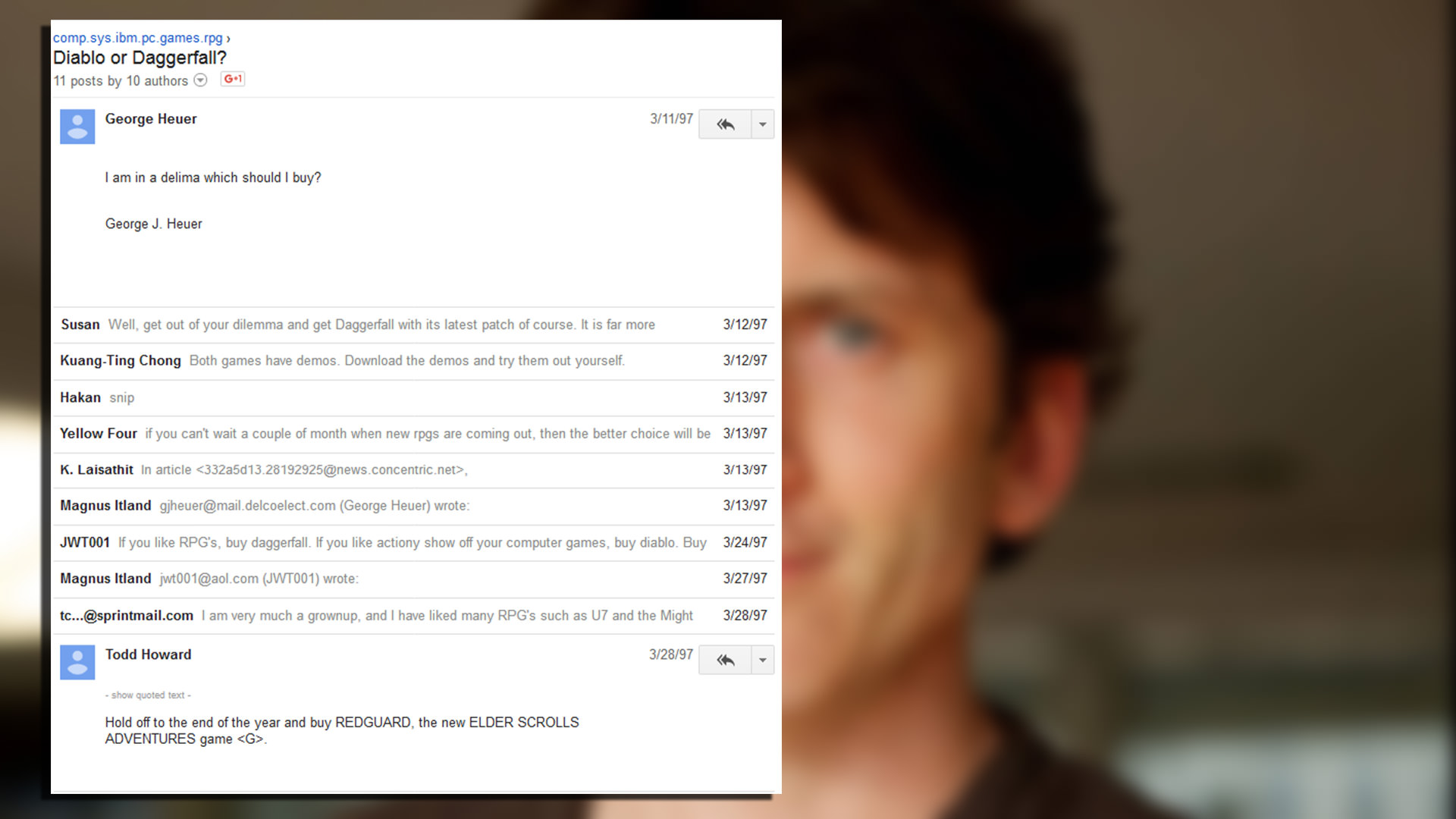 Turning the clock back a little over twenty years, March ’97 to be exact, one George Heuer of Usenet was in a bit of a dilemma. Unsure which game to pick between Diablo or The Elder Scrolls II: Daggerfall, many users chimed in, but, one user in particular by the name of “Todd Howard” proposed an alternative: Wait until the end of the year for the “ELDER SCROLLS ADVENTURE” known as The Elder Scrolls Adventures: Redguard.

Unfortunately for Todd (and maybe even George), Redguard was delayed until late 1998. You also might be wondering: “what’s Usenet?” Well, here’s a new-year refresher: Usenet was publicly established in 1980 and is basically a computer network communication system. It was the birthplace of online discussion for the most part, before the days of image boards and online forums. 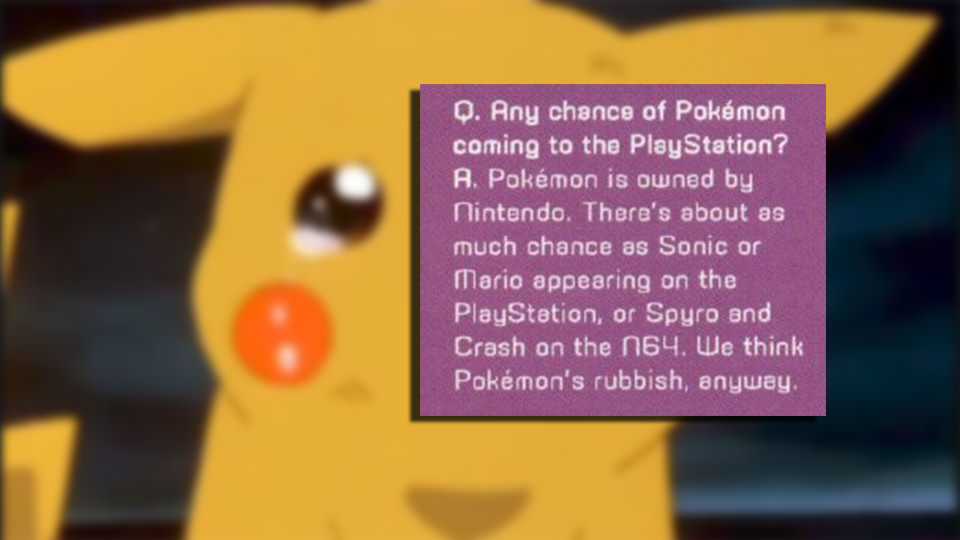 Returning once again to that January 2000 issue of the Official Australian PlayStation Magazine, I’m a big fan of reading magazines from different regions, as it acts both like a time capsule and a completely new read for me. This time, heading over to the letters to the editor section, one person chimed in wondering if there was any chance of seeing Pokémon outside of the realm of Nintendo, resulting in a blunt and hilarious response thanks to the passage of time.

I remember my first YouTube video. It’s long gone and deleted (thankfully). But, some things forever remain, like this video from EselGesi, which by all accounts is one of the oldest video game related videos on YouTube — and I love everything about it. This video is a time capsule of a simpler time, a time when people created videos on YouTube either out of boredom (like stated at the start of this one) or simply for the fun of it.

Nobody back then could predict YouTube would become the giant it is today, let alone make money from the damn thing. It’s also just to fun to think about how when this was posted, Grand Theft Auto: San Andreas was still a relatively new game. I spent countless hours back in the day watching videos like this, hearing The X-Files theme as people hunted for a big foot that never was.

Maybe Steve likes the SNES a bit too much 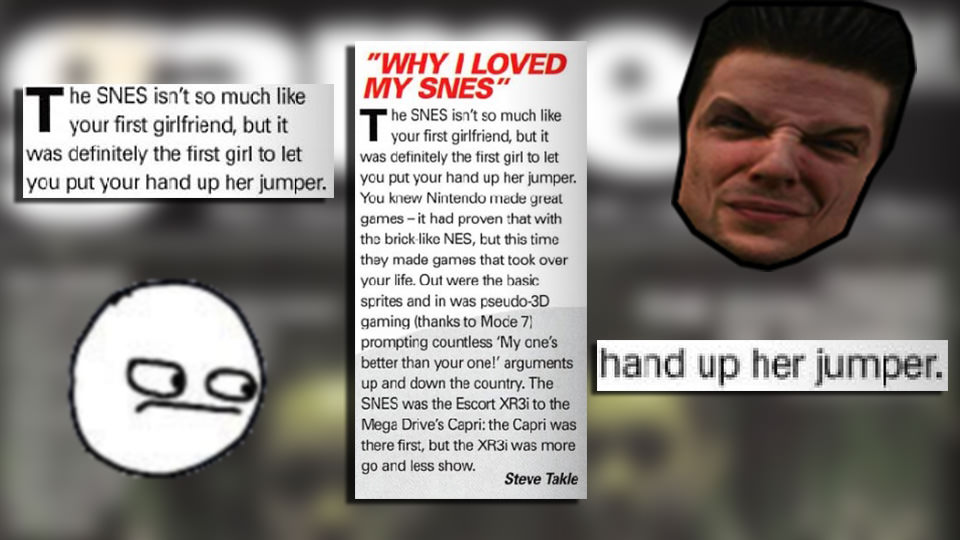 Yikes! This gem comes from the launch issue of Australia’s version of GamesTM in 2004 aka “Australia’s MULTI-FORMAT games magazine of the future!” Dynamite start, guys. Hard-hitting stuff. Truly, the greatest SNES hot take of 2004. I’m sure the Australian GamesTM is still going strong today with tha- 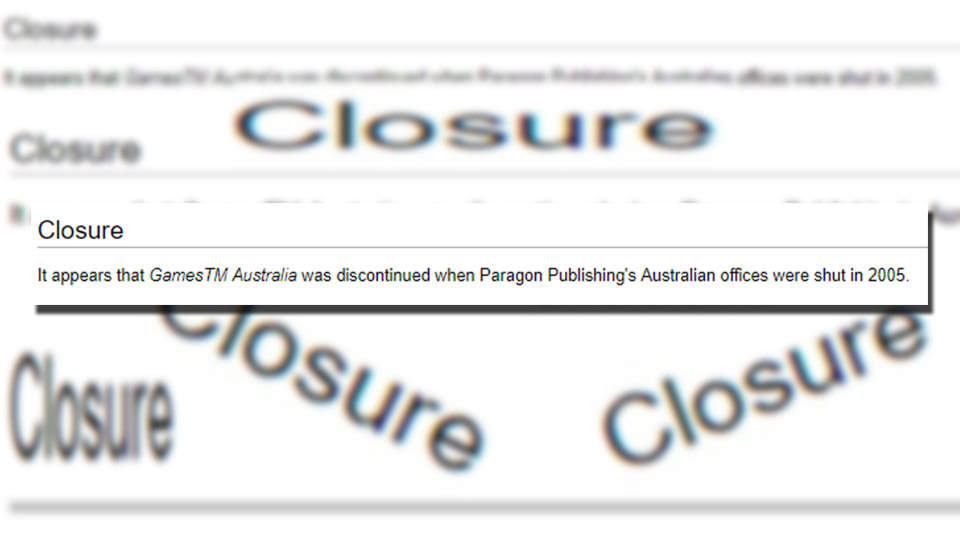 Oh. It would appear that hot take was so good they never had to write anything about the SNES ever again!

This was discovered by a duder who emailed the Giant Bombcast on an episode I’ve completely forgot (and don’t exactly want to go search for, considering each episode spans hours every week). But, he was curious enough to try and solve a mystery similar to one I answered earlier with YouTube — what was the first video game related tweet on Twitter?

Using a Twitter tool known as “ctrl.org/first/” (which was created to celebrate Twitter’s 10th anniversary back in 2016), this search engine is designed to find the first ever tweets for a specific user or term. Sadly, “video games” doesn’t exactly yield anything decent or remotely old for whatever reason. However, upon searching various game titles such as “Zelda,” the threat himself was found to be behind the first ever Zelda related tweet.

Every time I write about this man, my life is on the line, so I must go into hiding for the time being. Stay tuned for the next issue, where maybe I’ll read old gaming magazines other than the ones down under, despite living in Canada.