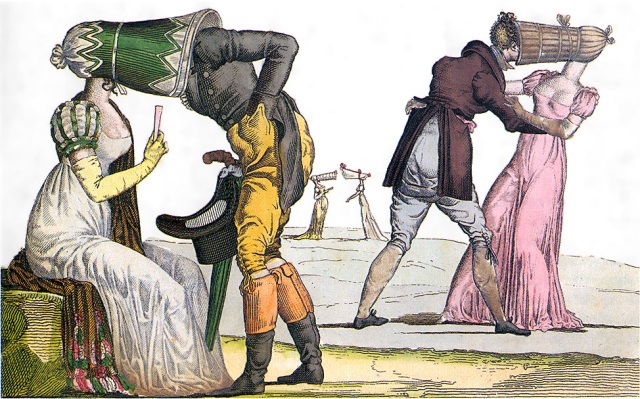 [Dtoid community blogger Its About To Get Gay In Here is quickly becoming our resident satirist blogger. Here is a lovely example of them bringing both the funk and the noise. Want to see your own stuff appear on the front page? Go write something! –Occams Electric Toothbrush]

More than 3 million pre-orders have been placed for an upcoming Xbox One game that shows you what it’s like to own a PS4.

The game, titled I’ve Made a Huge Mistake in the U.S. and Octopus Ra-Ra Shame Party in Japan, comes to the Xbox One from developer Buck Fill Gates. The studio was formed three years ago and consists of former Rare, Ensemble Studios, Digital Anvil, Aces Studios, Carbonated Games and Hired Gun team members. I’ve Made a Huge Mistake uses the Kinect to fully engross players in an alternate reality where they can see how amazing their life would be if they had purchased a PS4. A recent showcase of the game at the Sunvalley Mall in Concord, CA got a highly positive response.

“I couldn’t believe how awesome the PS4 was,” said gamer Ned Stanley who waited in line for three hours to try it out. “You reach out and the Kinect puts the Dualshock 4 controller in your hand. It just… feels right.”

I’ve Made a Huge Mistake uses photorealistic graphics to recreate the average American living room equipped with a PS4. Using the Kinect, players can grab a virtual PS4 controller and experience gaming the way 10 million players who made the right decision do every single day.

“There are just so many little things the game does to show me that I really made a mistake last year when I bought my Xbox One,” gushed Bort Phillips of Clayton, CA. “I’m still trying to figure out how the virtual television was able to play in 1080p at 60 frames per second even though the Xbox One game is only 900p and 30 frames per second.”

Leslie Carmello, who stood in line with her son David, said it was easy to see the differences between owning a PS4 and a Xbox One right away. “As soon as he [David] grabbed the PS4 controller, he was immediately joined on the virtual couch with virtual friends. David’s real friends never come over anymore. They just want to video chat while they watch soccer. Soccer! I don’t want my son watching soccer like some filthy Frenchman.”

Early reviews of the game are positioning it to be one of the greatest of all time. Xbox360Achievements gave I’ve Made a Huge Mistake a 99/100, calling it “Amazing” and saying the game had “more replay value than Titanfall.” BioGamerGirl scored it 10/10 in a review filled with television commercial ready quotes and buzzwords like “groundbreaking,” “transcendent” and “Indie quality with a AAA budget.” Official Xbox Magazine UK gave the game a 10/10, saying “Why can’t I work for a magazine that writes about PS4 games?”

The studio announced today it would not be putting out a demo for the game over fears that players would never turn it off. I’ve Made a Huge Mistake is the second game from developer Buck Fill Gates. Last year they received critical acclaim for their Playstation Vita game that simulated what it would be like to have your $250 back.