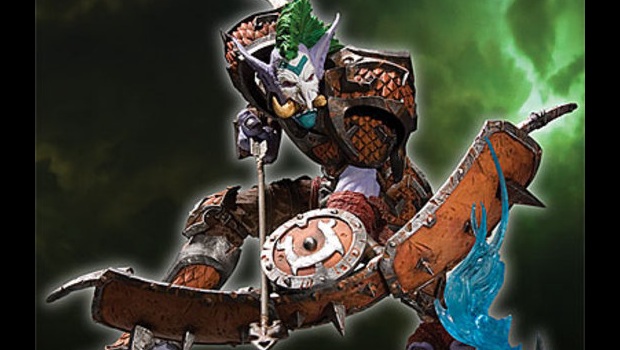 Some people just can’t keep their gaming inside their computer. They need it to surround them on shelves and possibly as the centerpiece of a dining room table. These people are awesome/crazy and they mostly reside over at Tomopop where they’ve just given us a look at the new World of Warcraft figures that are coming out soon.

The figures are produced by DC Unlimited and don’t have a firm release date yet, but they’re coming at some point. There are three figures in the Series 7 collection and two figures in the Premium Series 3 collection. If you’re not into premium things, you can pick up Orc Rogue Garuna, Human Paladin Judge Malthred, and Worgen Spy Garm Whitefang. If you are into premium things, then you may want to instead pick up Orc Warrior Garrosh HellScream, and Troll Hunter Taz’Dingo. If you’re into both premium and regular things, then you can just pick them all up.

Next Thanksgiving you’ll have the perfect centerpiece for sure.

Filed under... #toys#World of Warcraft