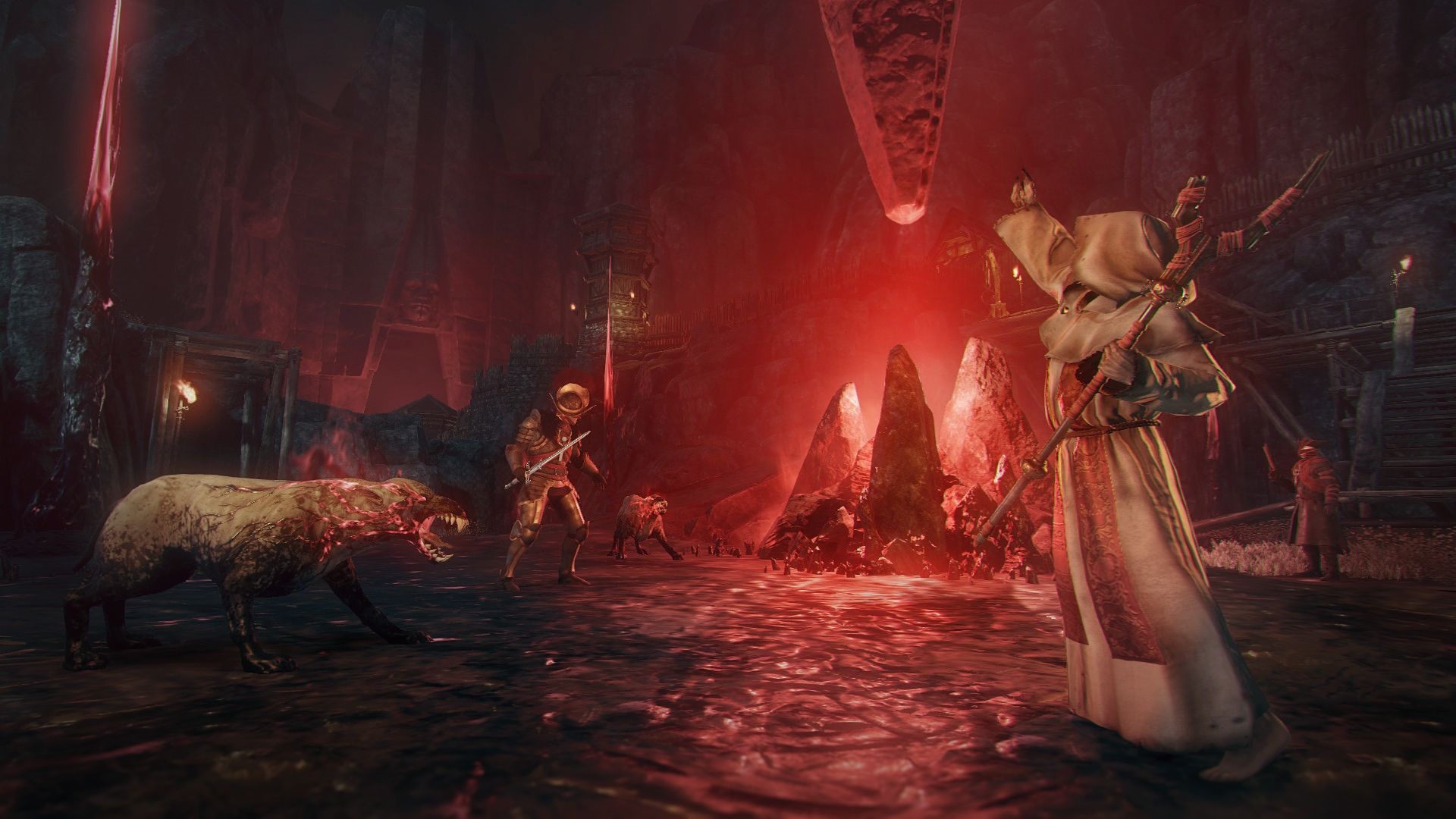 After years of trouble plaguing most major projects at Amazon Game Studios, the world’s biggest retailer looks like it’s on the cusp of releasing a giant game. Giant in size, at least.

Shown again tonight at The Game Awards, New World is an MMO from Amazon. It has a PvPvE bent. New World is said to have 100-player battles that are marked by fortress sieges and supernatural invasions. However, they also have to fight against the threats inside New World‘s errrr, world.

Here’s Amazon’s description of the setting: “In New World, players are pitted against the haunted wilderness of a mysterious island known as Aeternum. Success in New World depends on players’ ability to conquer not only companies of rival players, but the dark soul of Aeternum itself, as it unleashes undead legions, hell-bent on purging them from its shores. In its unsettled state, Aeternum is open and chaotic, but rich in opportunity for soldiers, explorers, artisans, and empire-builders.”

New World goes into closed beta in April 2020 before launching in May. In the meantime, check out the cinematic trailer. It’s pretty neat.