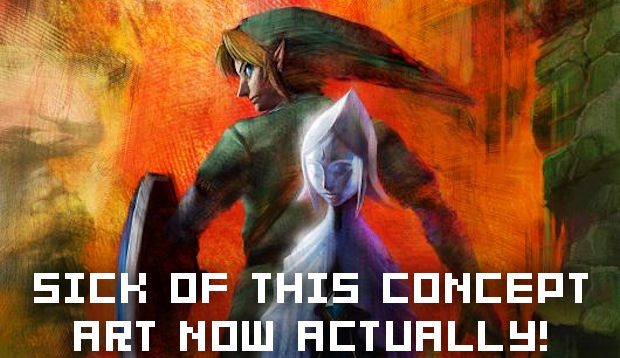 Have you bought the little Motion Plus doingle for your Wii remote yet? If you want to play the new Zelda, then you’re going to have to. The next time we travel to Hyrule on the Wii, we will only be able to do so with the Motion Plus accessory.

“After actually making it compatible,” explains producer Eiji Aonuma, “it just feels so natural. Link’s sword and the controller that you’re holding become one.” Players will use Motion Plus to freely swing Link’s sword, and it’s been hinted that the way in which you fight enemies will be integral to some of the game’s puzzles.

Elsewhere, Aonuma has stated that he hopes to have the new game playable at E3. The team will be working hard to get playable code ready as soon as possible. He also reveals that the game’s basics are more or less ready, stating that “the core areas have come into clear view.”

Sounds good. I’d love to check out a playable Zelda at E3, but I don’t relish the massive line that will form around that particular kiosk.