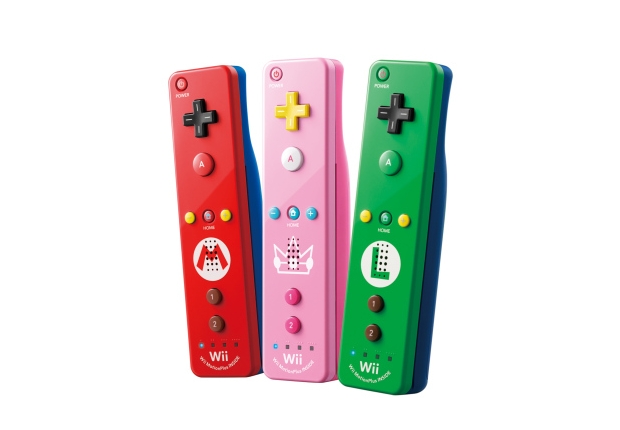 Nintendo did a nice job with their new Princess Peach Wii Remote Plus controller. It’s Peach pink and has some colored accents to make you think of Mushroom Kingdom’s royalty. It sort of makes a set with the Mario and Luigi Wii Remote controllers we saw released not too long ago.

The Peach Pink Wii Remote Plus will hit stores in late April, priced at $39.99

Now how ’bout a Kinopio/Toad one?