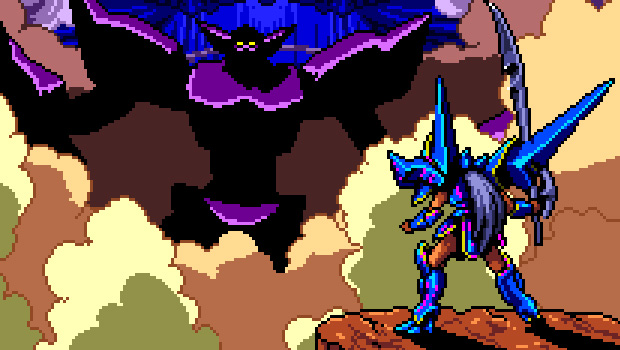 Inspired the face-melting shmup on TurboGrafx-CD

Lords of Thunder is a supergroup that consists of Mike Villalobos and John Pike from Descendants of Erdrick, Mateo Marshall from Those Who Fight, solo artist Daniel Tidwell, and Brandon Hood from Chiptunes = WIN. They will be playing a variety of metal covers of more obscure game tunes, with a significantly focus on the soundtrack to the Hudson Soft shmup after which they are named.

Above is the band’s first studio recording, based on the Dark Tower theme from the TurboGrafx-CD version of Lords of Thunder (Bosque theme in the Sega CD port). As you can hear, the source music is already pretty sick. If our boys can bring that same intensity when they perform Friday at noon, it will be magic.

Crossing my fingers for some Thunder Force jams as well!